According to a statement from the edtech startup, Vivek Sunder, the former chief operating officer (COO) of Swiggy, has joined the online math learning platform Cuemath as its CEO. 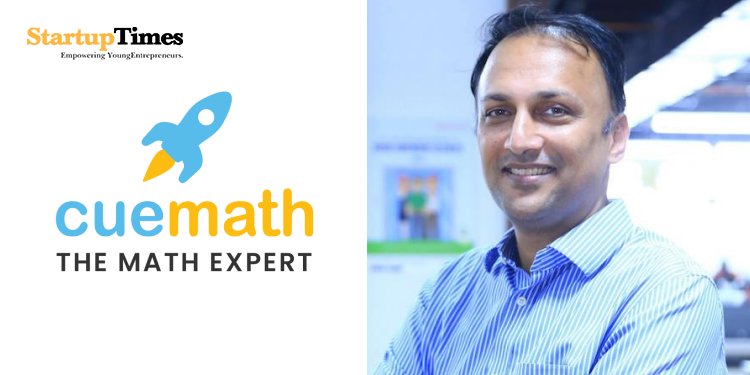 Sunder's hiring comes two months after he left the Bangalore-based food delivery startup as COO. According to ET, he was one of Swiggy's senior executives who announced he was leaving the company's employees in July.

Manan Khurma, who founded the platform in 2013, will take over as chairman but will continue to be "essential" to the company's operations, according to the announcement. The roles of Manan and Sunder will start on October 1, 2021. Cuemath's next stage of growth goals will require tight collaboration, according to the statement.

Cuemath is an online math and coding instruction platform for K-12 students backed by Google Capital and Sequoia Capital India. It has received more than $64 million in venture capital so far.

Sunder will be in charge of general business and will oversee the expansion of Cuemath to 50 countries, up from the current 20. As chairman, Khurma will concentrate on teaching, curriculum development, and overall growth strategy.

It gives me great pleasure to welcome Vivek to the Cuemath family. "I am certain that his solid track record and significant expertise in establishing consumer brands, along with a laser-focus on industry-leading operational procedures, will propel Cuemath's upward trajectory and position it as a global leader in math education," Khurma added.

Cuemath claims to have taught over 200,000 pupils for a total of 25 million hours.

"I'm particularly pleased with Cuemath's razor-sharp focus on a child's learning results," Sunder, who worked for Swiggy from 2018 to 2021, said. I'm particularly intrigued by the purpose of democratizing math and fostering the next generation of problem solvers and thinkers.”

Cuemath expects to seek at least $100 million in a fresh fundraising round this year, according to Khurma, who told Reuters in June that the company aims to be valued at $1 billion by 2022. In December 2020, it received $40 million in Series C funding from LGT Lightstone Aspada and Falcon Edge-managed Alpha Wave Incubation.