Freshworks, a software product company, wants to raise up to $912 million in an IPO in the United States, valuing the company at over $9 billion. 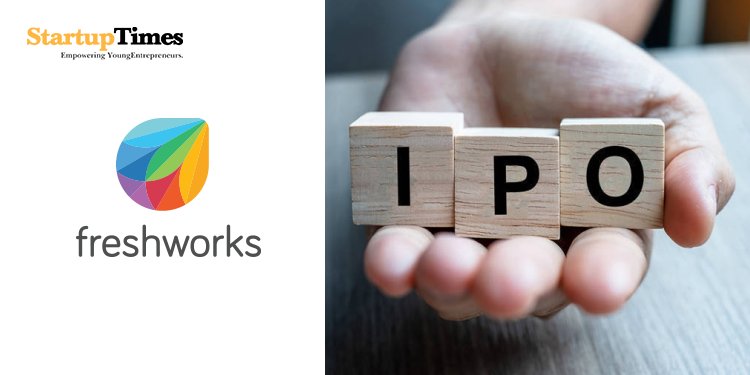 In a statement with the US Securities and Exchange Commission, the San Mateo-based startup, which was formed in Chennai, said it aims to offer 28.5 million shares at a price range of $28-$32. (SEC).

If investors buy at the high end of the price range, the Salesforce rival could raise $912 million.

Freshworks was recently valued at $3.5 billion by blue-chip Silicon Valley firms such as Accel and Sequoia Capital, as well as New York-based investment company Tiger Global.

The Software as a Service (SaaS) company wants to float its stock on the Nasdaq Global Select Market under the ticker name FRSH.

Freshworks estimates that the market for its goods will be worth $77 billion.

In the six months ending June 30, the customer interaction software manufacturer, which competes with industry leader Salesforce, reported a 53 percent increase in revenue to $169 million, compared to $110 million in the same time last year.

Freshworks is the latest in a slew of venture-backed companies in India that are expanding beyond private markets in the wake of food technology platform Zomato's stellar domestic listing in July.

Meanwhile, in the United States, a slew of new listings from technology companies including Zoom, Snowflake, Asana, and Palantir have been positively received, especially in light of rising digital transformation activities around the world, particularly in the aftermath of the Covid-19 outbreak.

Freshworks said it has over 52,000 customers and generated $308 million in revenue in the last year, an increase of over 40%, despite a net loss of $10 million in the same period.