Gender equality: 5 reasons why there aren’t a lot of female founding startups?

Entrepreneurship is all about taking a huge personal risk in chasing a large opportunity it has nothing to do with gender. Still, there are few factors due to which there are less female-led startups than men 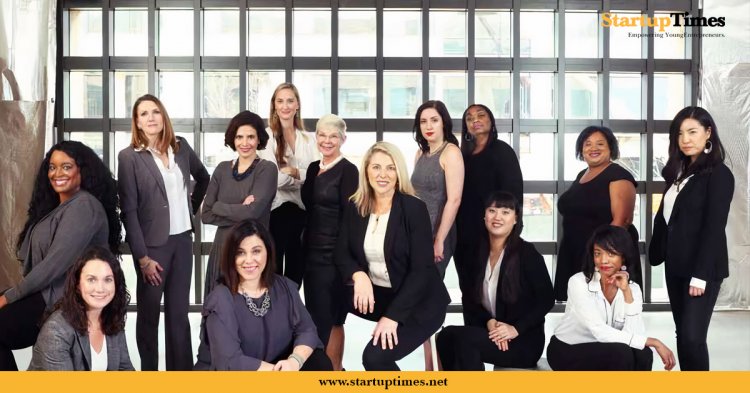 In the past few years, we have seen cosmic changes for women in terms of employment, with women moving into paid employment outside the home in ways that their grandmothers and even their mothers could only dream of. But is this sentence really true?

Theresa J. Whitmarsh once said, “If you will exclude 50% of the talent pool, it’s no wonder you find yourself in a war of talent,” which can’t be denied. . Challenges and hurdles are common to all entrepreneurs, irrespective of their gender. However, a distinct set of factors handicaps the growth of women entrepreneurs. In this, patriarchal society where feminism is used as a cuss word, the identity of a woman is based on her not defined or too much-defined ethics and these social norms come with a heavy cost.

Let’s read about a few barriers that women have to overcome to achieve success, and to know why there are so few women entrepreneurs in our country?

As per the 2020 Census, the male literacy rate is higher at 84.7 per cent compared to 70.3 per cent among women. The survey showed that the male literacy rate is higher than female literacy rate among all states. On one hand where we are coming up with the schemes like “Beti bachao beti padhao” on other we still think “Bahu toh kum padi likhi leni chayie”. Illiteracy is one of the biggest factors that bound the growth of women. Absence of proper education leads to a lack of skills and knowledge. This results in women not being aware and lacking the required confidence in building an enterprise.

According to reports, female-led businesses have rare chances in raising subsequent funding and where they do succeed, the feminine lead has likely been replaced by a man. So even when female entrepreneurs get funded initially, their chances of finding future success seem low. This seems to reflect within the National Sample Survey that reports 14 per cent of companies in India are travel by female entrepreneurs – of those, quite 70 per cent report an annual turnover of up to Rs 10 lacs during a year and use five people or less. They are not judged on the skills but a gender basis. Until people clear, their mindset regarding this they cannot achieve the success they deserve.

Change always starts at home. From asking your daughter to go help mom in the kitchen and bringing her dolls to play, from snatching dolls from your son and asking him to go and play outside you always were upbringing your kid according to society. The way is still the same but now instead you upbringing them wrongly the society has started treating them differently.

Women tend to withdraw, exhibiting low risk-taking abilities. From their childhood, women see money matters and decisions to be handled by male heads of the family. They are accustomed to men taking the decisions be it financial or otherwise. Women thus are socialized to being more soft-spoken and reserved. Thus, this thinking that they always take soft decisions and can’t deal with money matters investors find men to have more risk-taking and leadership traits.

Women entrepreneurs’ biggest challenge is their safety. Crime rates have increased alarmingly. They face the decision of possibly risking their lives while working late hours. When they attend a seminar, there are very few women entrepreneurs in the hall. This less number scares a lady and she is threatened by her security. And shockingly women prefer to rather not work. Imagine leaving your dream job or your night shift job just because you don’t feel safe while coming home.

These techies quit their IT jobs to start their "Vada Pao" fusion joint.