India and Germany talk about collaboration in MSME area

The Department for Promotion of Industry and Internal Trade and German Small and Medium Enterprises on Tuesday talked about open doors for more prominent speculation and collaboration in the miniature, little and medium endeavors area among India and Germany. 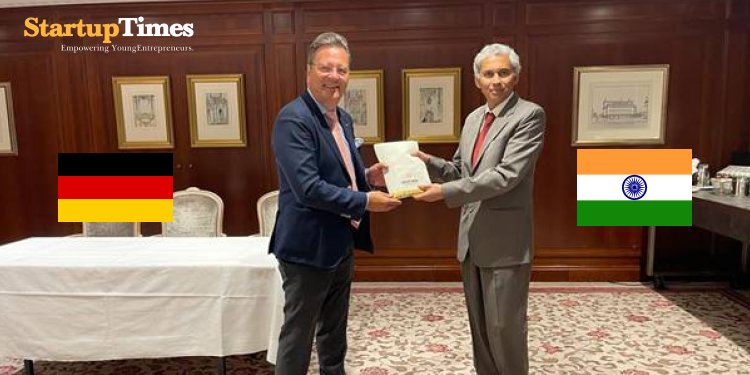 Division for Promotion of Industry and Internal Trade (DPIIT) Secretary Anurag Jain who is essential for the authority appointment going with Prime Minister Narendra Modi on his visit to Germany led a round table of German Small and Medium Enterprises (SMEs) in Berlin.

Anurag Jain examined various regions for a potential joint effort including green innovation, new companies, digitalization and economical development, as per the official statement by the service of trade and industry.

"German SMEs shared their likely arrangements for interest in India”. The Secretary reaffirmed Government of India's strong responsibility towards further developing simplicity of carrying on with work in India," the Ministry said in an authority explanation.

A dog who was thrown from a certain height and many like him survived...

Promote ‘local for Diwali’ with ‘vocal for local this Diwali: Prime Minister...

Inspacco raises $200 thousand in angel round