Julie Moir Messervy is the founder and head designer of JMMDS. With more than thirty years of involvement, nine books, and various high-profile addresses, she is an imaginative forerunner in scene and nursery plan hypothesis and practice. 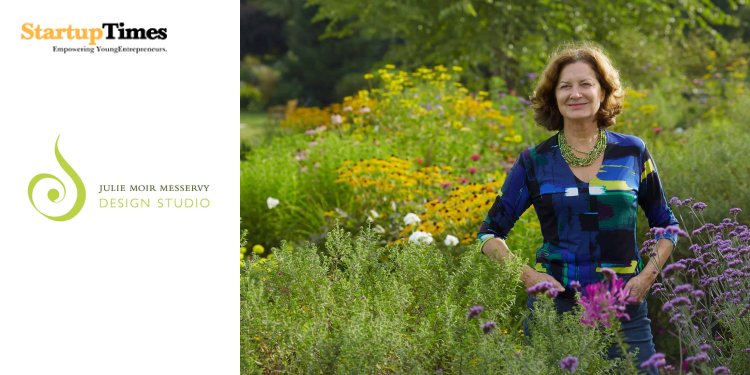 Julie Moir Messervy is the founder and head designer of JMMDS. With more than thirty years of involvement, nine books, and various high-profile addresses, she is an imaginative forerunner in scene and nursery plan hypothesis and practice.
Messervy was the scene fashioner of the honor winning Toronto Music Nursery, a joint effort with prestigious cellist Yo Mama and the City of Toronto to make a three-section of land recreational area in light of the "Primary Suite for Unaccompanied Cello" by J.S. Bach. In 2005, the Toronto Music Nursery got a Leonardo Da Vinci Grant for development and imagination.

Messervy's latest book is New Finishing Thoughts That Work (The Taunton Press, January 2018). Her book Home Outside: Making the Scene You Love got the Nursery Journalists Affiliation 2010 Gold Decoration for Best Book Composing. Messervy co-created External the Not So Enormous House with planner Sarah Susanka in 2006. Her different books incorporate Finishing Thoughts That Work, The Toronto Music Nursery: Roused by Bach, The Enchanted Land, The Internal Nursery, and Insightful Nurseries, named one of the ten best nursery books of 1990 by The New York Times.

Messervy concentrated on scene plan with prominent Japanese nursery ace Kinsaku Nakane in Kyoto, Japan, first as a Henry Luce Researcher, and afterward as a Japan Establishment Individual. She got a Four year education in liberal arts degree from Wellesley School and Expert of Design and Expert in City Arranging degrees from the Massachusetts Foundation of Innovation.

Messervy's vision for making scenes out of excellence and significance is advancing the advancement of scene plan and altering the manner in which individuals make and partake in their open air environmental elements. She sent off the Home Outside® scene plan application and grant winning Home External web-based plan administration to bring great scene plan to mortgage holders all over the place.

Hala Dahbour - The Founder of Organizer