Founded in 2008, Airbnb’s journey started with a very low budget. Today, their value is $35 billion! Airbnb’s team of effective and straight-shooting individuals was responsible for such exponential growth. 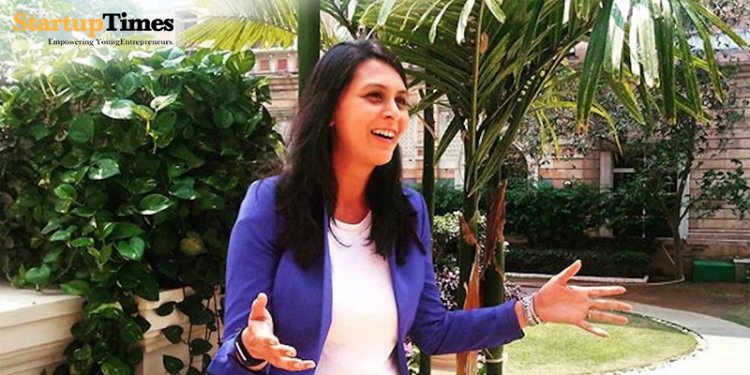 Mona Gandhi, the first female engineer at Airbnb, was the founder of Airbnb’s growth team. Gandhi’s straightforward approach was a contrast to the turgid attitudes shown by employees of big Valley names.

Mona, an alumnus of Indian University,  started her career journey as a software engineer with a San Francisco based blogging platform Six Apart, which was acquired by VideoEgg after which she joined another company called socialmedia.com where they ran ads on Facebook, MySpace and Twitter. As soon as Facebook realised that they were sitting on a goldmine, they pulled the plug following which the revenue of socialmedia.com crashed in the next six months.

She later moved on to lead the analytics team at Apture, a contextual search engine that was acquired by Google. There was a common investor between Apture and Airbnb who introduced Mona to the Airbnb team.

Currently, Mona heads the Growth Team of Airbnb and also works as a Board Advisor at PopXo and Little Black Book.

What is GROWTH according to Mona?

Mona believes, “Growth can be explained with a single word — distribution. How can one introduce more people to their product? In the 1990s, tech was the factor. In the early 2000s, the product was the leverage. Today, it is the force of distribution.”

How you reach out to your end-user and get them to try out your product as well as keeping them around is the biggest driver of progress today. But this is not just confined to marketing.

Gandhi’s growth team at Airbnb enjoys a certain degree of independence. Their primary motive was customer acquisition, so the growth team devised a referral program that allowed them to reach even more customers.

Upraised- another venture by Mona Gandhi

1.7 million engineers graduate every year just in India. If you look at them after 5 years, 70% don’t want to be in their engineering roles, but there is no clear path for them. It is also one of the reasons for low women participation.

This universal problem led Mona to start Upraised, an upskilling platform that was launched in 2019 with the mega-vision to help people realise their true potential. It offers industry-relevant and practical training for becoming product managers in 16 weeks. It claims to be the first-ever startup that offers a job-guaranteed programme, otherwise ensuring refunds!

“As I shared the idea with Vijay Shekhar Sharma (Founder of Paytm), Kunal Shah (Founder of CRED), and Nate Blecharcyzk (Co-founder and CTO of Airbnb), they said that they had definitely felt the challenge many times and were super excited to join as angel investors to help solve the problem of hiring needs in India, especially for high-growth startups,” Mona said.

Being crowned as the first female engineer at Airbnb and with over 9 years of experience across product engineering, growth hacking & data analysis, Mona has paved the way for female engineers in the industry.

Boroline: The story behind the brand