The National Highway Authority of India (NHAI) completed a 25.54 km single lane stretch of road in just 18 hours, creating a world record This took place during the construction of the four-lane highway between Vijaypur and Solapur on the NH-52. 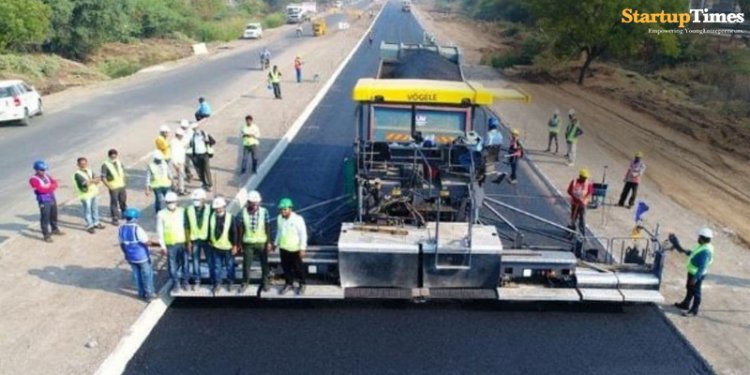 Earlier, a new World Record was created for the laying of pavement quality concrete (PQC) for a four-lane highway of 2,580 meters length within 24 hours. It was achieved in India during the construction of the country’s flagship greenfield expressway, the Delhi-Vadodara-Mumbai project.

While congratulating the leasing company for achieving this feat in a record number of hours, Road Transport and Highways Minister Nitin Gadkari tweeted,“About 500 contractual workers worked hard for the project. Along with these employees, I congratulate the National Highways Authority project manager, officers, all the representatives of the contractor company, and the project officers.”

The work was launched when Ramesh Jigajinagi was the union minister of state.”

He added that this highway connects southern India with northern India and its development will serve as an alternative route to the North-South Corridor of the National Highways Development Programme.

“At present, work on 110km of Solapur-Vijayapur Highway is underway. The road is a part of the traffic corridor between Bengaluru-Chitradurga-Vijayapura-Solapur-Aurangabad-Dhule-Indore-Gwalior. The project will be completed by October 2021,” he added.

Suraj Pagar- A passionate entrepreneur aiming at changing the traditional...