“Animation has the power to explain whatever mind of man can conceive” Animation is limitless as art is not restricted by reality. Animation can do things visually that live-action can’t do. It inserts life in the lifeless objects also. Opting for this powerful weapon as the carrier ahead, Mr Nihar Choudhary is running a successful animation agency. Nihar along with his one friend kick-started the animation company back in 2018 when they were in their college. Here is the story of the passionate and determined soul. 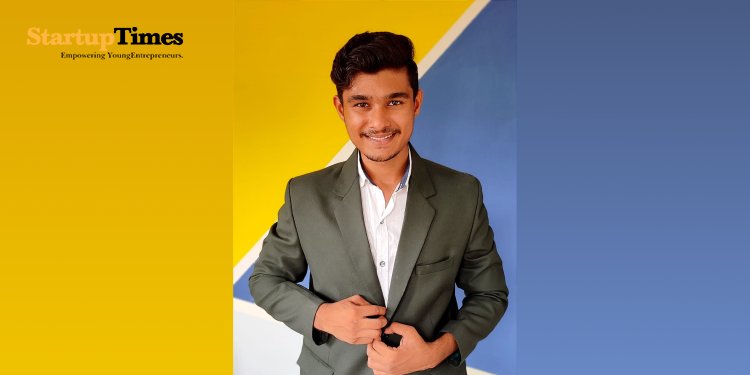 Hailing from a decent family, Nihar was just like any other child with a hobby of sketching and, since his childhood, he was inclined towards creative skills, he had a good grip over drawing and doodling. He was not aware of the fact that this interest of him will lead the path of his life ahead.

The idea of making money always fascinated him. He recalls when he and his sister used to pitch neighbours that he is teaching drawing classes and they can send their children for learning. The spark was there within him since his early days.

One major thing lacking in the Indian animation industry is the quality of the story various companies are trying to tell. To solve this, the founder-Nihar Chaudhary has a very long vision to create a benchmark in the animation industry.

Strokkes is a revolutionary marketing and animation agency offering its 2D animation services to e-commerce and SaaS startups to boost their monthly revenue and interact in a better way with their targeted audience. It runs on a B2B model.

There are a bunch of animation companies in the market, but Strokkes animation is not one among them. Strokkes Animation believes that every business or startup has a story to express that their customers need to know in order to build trust and credibility, Strokes animation is professional in bridging this by way of telling business stories through animation in their own way to attain the best out of it.

The ex-factor lies in the script and the kind of stories the startup opts for after conducting proper pre-research before writing the script, the target audience, the message that needs to be conveyed along other factors are taken into consideration.

Challenges shape the person and make them stronger. The biggest challenge people have is, they want to live a life without challenges. Nihar doesn’t belong to those sherds of sheep. He faced every problem and came out from the tunnel of obstacles with an infusion of sunshine and brightness in his chasing eyes. The hardest time arrived when his fellow founder cinched about leaving the firm due to other priorities. The time was like a surprise test for the whole team. It was as hard as stone to sustain for one-two years without any financial and moral support. After investing almost two years and devoting all that he had, the startup saw a glimpse of ray and eventually, things started falling in place.

Another challenge he encountered was during the days of his engineering graduation. “Choices are the hinges of destiny”, your life is the reflection of choices you have made. When Nihar was holding offer letters from top MNC’s in one hand and his budding dreams and aspirations on the other. Though the picture was as clear as mud, he isolated himself for quite some time and came up with his determined decision that moulded the rest of his career path. He quotes, “This is one life and I don't want to waste it!”. He ended up listening to the voice of his passionate soul and continued working at Strokkes Animations as his career.

Motivation is something that drives us to follow and chase our goals, but being motivated all the time isn't easy. Nihar too persistently had thoughts of taking a break or returning to his comfortable space. However, he never looked back, it's said, there are dots scattered all around but our inner force integrates us that gives the sense of being synced with things that are yet to be achieved. Nihar too was not sure about his destination but he knew the direction. He is very ambitious, one unconventional way he chose to be motivated is he has a photoshop picture of him in proper suits holding the trophy to rewind and revive him every time he looks at it. Also, Nihar’s loving mother and his mentor Ms. Batra from his college were always great supporters and they played a pivotal role during his tough times.

Nihar always sights Strokkes the place where Disney and Pixar have made the mark. Moving ahead with his determination and zeal of never stopping with his passionate team, the startup is emphasising short films and feature films. One more project is in progress, the startup is conceptualising to enter the market of stock images. Earlier, this was known as product industry, with evolving technology and modern innovation to make it easy this turned into a service industry. The company basically operates in 2D animations later will expand in 3D animations. The startup is working on creative films also as one of its parallel future execution projects.

For the beloved readers of Startup Times, Nihar advises that mostly it seems difficult to convince our parents that we want to pursue our passion. At their place, they are absolutely correct, if they are stopping you means somewhere or the other you have lacked to showcase your potential or prove yourself in front of them to let them believe in you. So, give your best, show some realistic results in whatever you are following and most importantly never give up.

This US startup teaches the West how to use Indian toilet