Paytm has filed a draft prospectus with the capital markets regulator to raise Rs 16,600 crore ($2.2 billion) in what will be the biggest Indian initial public offering (IPO) in at least a decade. 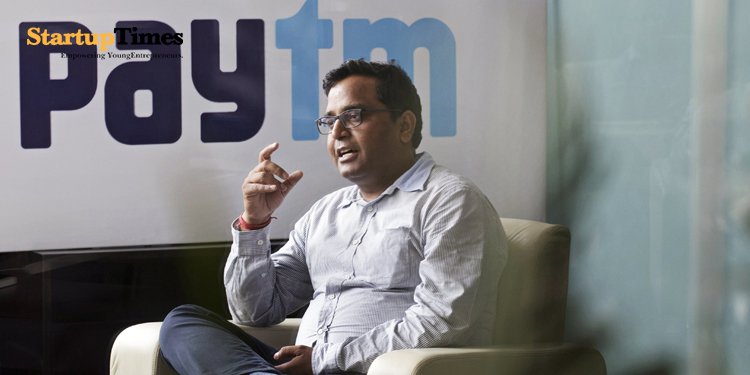 A customary regulatory filing before the upcoming IPO stated that the chief executive officer of Paytm, Mr. Vijay Shekhar Sharma,  is now entitled to having  ‘protective rights’  to appoint one member to its board as long as he owns 2.5% equity in the fintech company.

The CEO currently owns more than 9% of Paytm and the stated protective rights provide him a sufficient buffer. The rights were included in the new shareholding agreement (SHA) signed between the founder and Paytm a month ago. As part of the given SHA, Sharma will no longer be classified as the company’s ‘promoter group’.

The protective rights in the fintech company would be given to Sharma after the is set to be put up for voting at the first general body meeting after listing.

All the existing investors, including Jack Ma’s Alibaba and affiliates (including Ant Financial) that own more than 30% of Paytm agree with the proposal and hence its passage is improbable to be contested.

While the new SHA has already come into effect, it does set the following two conditions that define Sharma’s rights.

If Sharma falls short of any one condition, he will be able to only nominate himself to the Paytm board. However, if both conditions are compromised, he will altogether lose the right to board representation.

Along with the founder, Alibaba also gets one board seat while SoftBank Vision Fund and Elevation Capital (formerly SAIF) can nominate one director each.

Separately, Sharma and a select group of other investors in Paytm also have the ‘rights to first offer’ if any of the existing shareholders seek to divest their stake in the company.

The IPO document of Paytm states that the founder, investors and other series G investors have also agreed to certain proposed transfers of shareholding which includes providing inter se rights of first offer, rights of co-sale in certain transfers and drag-along rights.

In case any existing shareholder plans to divest its stake, the rights of first offer will be holded by Sharma himself and a group of other investors.

While OYO just filed its IPO, many other consumer technology startups such as Paytm, CarTrade, Nykaa, PolicyBazaar, MobiKwik and Delhivery, are not much behind in race and are in various stages of finalising their public listings on Indian stock exchanges. And hence many in the startup industry are in pursuit of regulatory safeguards which offer the individual promoters a greater flexibility in exercising operational control in the companies they laid stones of — even after their public listings.

Allocation of superior voting rights (SR) shares is considered one of the best safeguards in the advancing startup industry. SR shares grant higher voting rights to promoters than to ordinary investors.

Issuance of SR shares and other categories of dual-class shares is common among the founders of Nasdaq-listed star techs, such as Facebook, Google, Uber and Snap.

Mark Zuckerberg holds the majority of the voting rights in the infamous Facebook due to a dual-class structure that weights certain shares over others.

The SEBI had published guidelines for SR shares in 2019, but the framework is still considered ‘work-in-progress’ locally.

SBI Cards has managed to tide over the pandemic and this should comfort...

With Wylo, you can share your experience and connect with people sharing...