Promote ‘local for Diwali’ this Diwali to support the country’s economy. Modi said under the Swamitva scheme, farmers will be issued property cards, which will not only help them get loans, but the "game of grabbing their properties will also end". 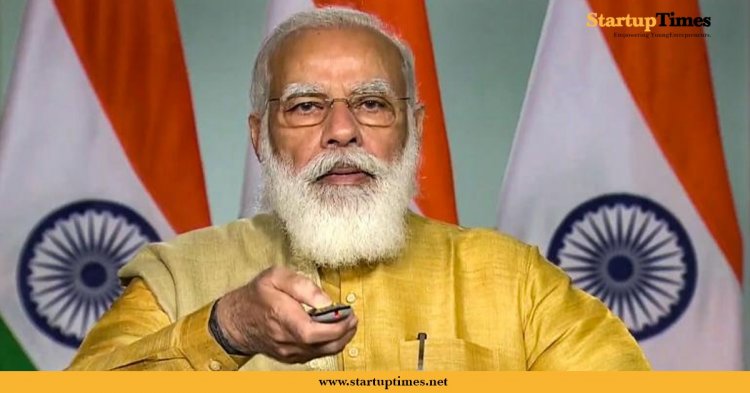 On November 9, Prime Minister Narendra Modi made a fervent appeal to people to promote ‘local for Diwali’ with ‘vocal for local’ this year. The prime minister also said that Varanasi is beholding all-round development in all sectors and this is giving a new identity to the city.

While inaugurating and laying the foundation of various projects worth Rs 614 crore for his Lok Sabha constituency, Varanasi, via video conferencing, he said buying local products will not only strengthen local identity but will also brighten up Diwali for those who make them. This will not only support people but will also hold up our economy.

“You are seeing today that along with vocal for local, the mantra of local for Diwali is resonating everywhere.” Celebrating Diwali with local will give a new boost to the economy. I would like to say to the people of Varanasi and all fellow citizens that promote ‘local for Diwali' big time,” he said.

“Going for local doesn’t mean only purchasing ‘diya’ but everything you use in Diwali. It will encourage those making them," the prime minister said and added in a lighter vein that by going local he doesn’t mean “throwing things you have bought already in the River Ganga”.

Highlighting about various schemes launched by the government for farmers, he also told that farmers will be issued property cards under the Swamitva scheme, which will not only help them get loans, but the “game of grabbing their properties will also end”.

“The agriculture reforms will give direct benefit to farmers. They will be directly connected to the market and the intermediary will be out of the system. The farmers of Purvanchal  will also be benefitted from this," he said.

"The development in Varanasi is not only helping the people of Purvanchal, who now will not have to go to Delhi for their works, but also helping people from other parts of the country," he added.

India is trying to create its own Nasdaq

The world's fastest production car is now at 508 kmph