There are several perks of living in Delhi, foremost of which is the fact that the foodservice industry seems to be booming. So, it comes as no surprise that it has also become a hub for food-related startups. 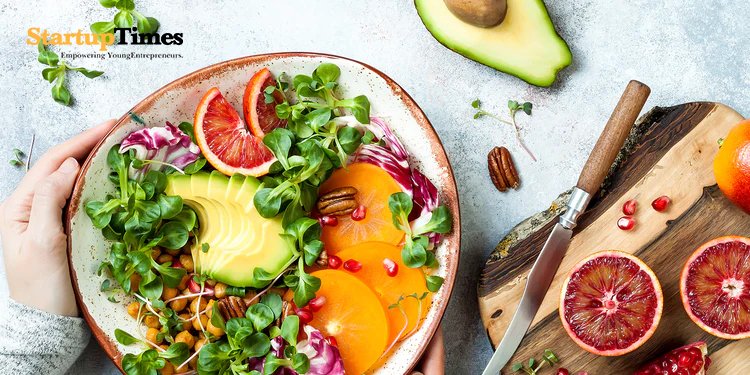 Here is a list of 5 Delhi-based Food Startups which has taken the food industry by storm.

Founded in April 2017 by Indrajeet Roy and Pawan Raj Kumar, Hoi Foods has more than 150 active cloud kitchens, catering close to 5,000 meals in a day across Bengaluru and Delhi.

The Delhi-based startup supplies meals to hotels and also serves customers of food ordering platforms- Swiggy and Zomato, overcloud kitchens prepared in these budget hotels themselves.

Indrajeet Roy remarked that the startup has been mounting at a rate of 10 percent month-on-month.

Founded in 2015 by Kaushik Roy and Vishal Jindal, Biryani By Kilo was started as an exclusive biryani brand.

It prepares over 1,000 orders in a day and gets them delivered to the destination. Since its commencement, the startup has grown explosively in terms of revenue, churning ₹48 crores in FY20.

Founded in 2015 by Rajesh Sawhney, Sanjeev Singhal, and Bal DiGhent, InnerChef is an online cloud-kitchen platform.

The food is prepared in various central kitchens under this model. InnerChef has one station that manages the delivery arrangements, packaging, and consumer interactions, while the customers can order from different locations.

A crew of six females curate all the meals, which are then moved out from eighteen kitchens located in Delhi, Bengaluru, Mumbai, Noida, Gurugram and Hyderabad. Currently, the startup has numerous brands under it, namely- Thalis of India, Bombay Sandwich Company, YumYumDili, Healthie and YumYum South.

It supplies a range of fruits that are obtained from different parts of India as well as other countries. The startup procures its produce directly from farmers, wholesalers, importers or verified partners.

Presently, it has collaborated with more than 500 farmers, wholesalers, and importers.

Dezertfox was launched in 2016 by Ayush Agarwal in Delhi to provide first-class desserts, pastries, and baked goods from local shops available at reasonable prices and get them delivered to customers at their doorstep.

Initially, it was just a sweets delivery platform functioning from two stores and one base bakery. Currently, it has numerous stores at prominent sites targeting the high-end market.

Intended to clientele in the age group of 18-35, Dezertfox has 12 categories on its menu - a sum of 70 items, of which the most popular are jar desserts and cakes.

So, if you crave exotic food or even some ghar ka khaana, or just some healthy meal choices, these Delhi-based food startups are there for your perusal - at every step of the way.

Markets are trembled by the Russia-Ukraine crisis.