As the Indian Premier League has already started and the experience of it would be very different this year. IPL has always been a season of excitement for cricket fans however, this year there would be no audience on grounds instead will binge IPL on televisions or phones. But, why have startups invested so much by putting large sponsorship money on IPL in these times? Startups have come up with various innovative strategies and plan to ensure that this money brings them a profitable return on investment. 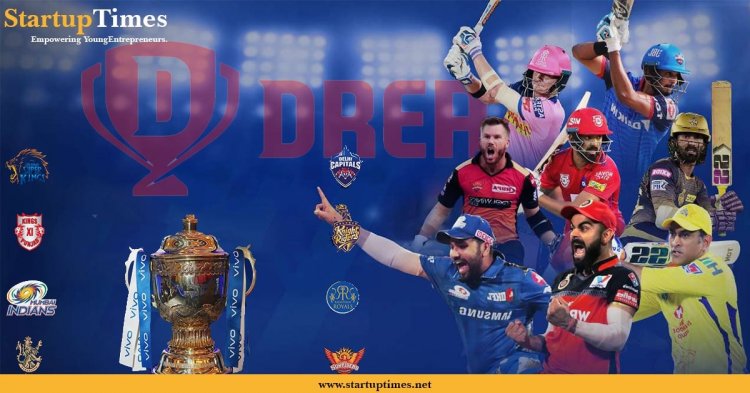 IPL was introduced in 2008 and was considered as “paradise for sponsors” because it has been a famous platform for companies to connect with consumers as the game’s popularity across a billion-plus people is just like magic.  According to financial consultant Duff & Phelps, the league’s revenue doubled to more than $3.2 billion in 2014 to $6.8 billion in 2019. The IPL offered instant and large-scale visibility to brands and in return, brands flooded millions of dollars in sponsorships.

Since 2009 this is only the second time in the league’s history that it will be held entirely outside India.  The decision was made after seeing India’s devastating economy as in the present situations it would be impossible for the market to support IPL that is all about money. It was a big shock for the market but what really shocked us is that startups came forward for the sponsorship.

Dream11 is the title sponsor of this year's edition of IPL. It has paid Rs 222crore for rights.  The other bidders are Byju's with Rs 201crore and Unacademy with Rs 170crore. A startup CRED estimated to pay Rs. 40crore. Tata Sons, which had expressed its interest in picking up the title rights of IPL for this year, reportedly did not place a bid. Others like MakeMyTrip, Myntra, boAt, Paytm Insider, FanCode, etc. have collaborated with teams that allow them to sponsor Rs 10crore to Rs 15crore. Umpire Partner – 28crore, Strategic Timeout partner – 30crore. Some sponsors however have dropped off.

Will these Startups will have any benefit because spending money in these tough situations is not everyone’s piece of cake. Well, let us see what experts have to say:

Santosh N, Managing Director, D and P Advisory LLP says “Giving these startups tremendous exposure in association with IPL. For those of them that are positively affected by the pandemic, the acquisition cost has fallen and start-ups through look to either expand or raise their market share significantly. They‘re benefited by affiliation with a property like IPL. Since most of them are in the CashBurn process and are well funded by deep-pocketed investors, these investments may make business sense for them and not dramatically affect their cash flows.

50 percent of tech startups looking forward to “Revenue restoration” in...