Everybody wants to become successful, but only a trickle of them live through the pain, endure sleepless nights, and do what it takes to be one. Here, we have one such instance, Aditya Arora - the boy who went all-in to accomplish his ambitions. 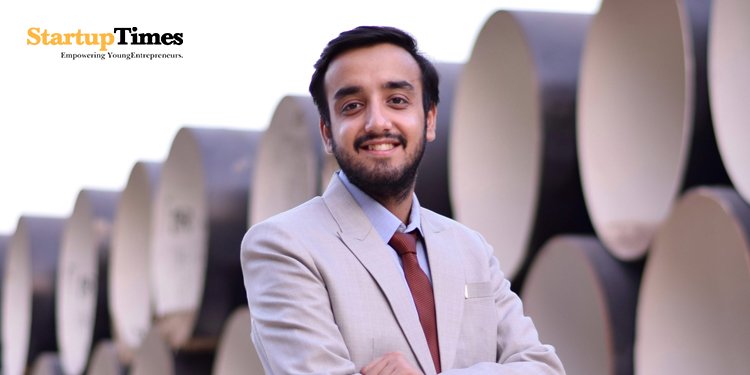 Aditya Arora is a talented young entrepreneur, presently the CEO of Faad Network. He took his entrepreneurial plunge at the young age of 17 and is now an eminent name in the industry.

An alumnus of one of the best colleges in India- Shaheed Sukhdev College of Business Studies, Delhi University, Aditya has spoken at more than 150 events in the past three years- some of which include guest lectures at universities like the National University of Singapore, IIM Bangalore and Faculty of Management Studies. He has also represented India at significant global forums like the 21st World Business Dialogue in Germany, Harvard Project for Asia and International Relations (HPAIR), and World Startup Fest.

Aditya was always resolute to do something different which would create an impact for not only himself but also the people around him.

How did it begin?

He started out as an intern at Faad. As an intern, he interviewed hundreds of entrepreneurs and penned hundreds of stories, which started appearing on different social media platforms and business magazines. These stories fascinated and inspired him to work more in the field of entrepreneurship. Although it was just a two-month internship, it was a life-changing one.

After his internship, he was given a part-time opportunity in Faad. He learned more and got some more experience with this part-time job. As time passed, he started conducting events with the company and was growing with this network. Steadily, he started representing the company on various levels.

By the end of college when he was 21, he became the CEO and the face of Faad.

Founded in 2015, by Dr Dinesh Singh, and Karan Verma, Faad Network is a leading investor-based network that mentors and handholds early-stage startups in raising funds through its network of angel investors, HNIs, VC Firms, family offices, and debt funding professionals.

It makes investments across various segments and geographies at an angel stage and also co-invests at Pre-Series A-stages. Its approach is sector-agnostic, supporting startups in the ticket sizes of $50,000 to approximately $1 million.

Its team is made up of veteran investors and experienced entrepreneurs from different backgrounds and disciplines, who work with partners to help transform innovative ideas into effective businesses.

More about the young achiever

Aditya had an inborn desire to contribute to society. Hence, he founded Education Yatra- A Social Campaign wherein he wanted to go out there and spend some time with the underprivileged kids and teach them. The motto of “Education Yatra” was that a child shouldn’t be given education based on their class but based on their knowledge and capabilities.

For this initiative, he has won many accolades, some of them being, Microsoft Top 15 Changemakers of India and REX Karmaveer Chakra by United Nations.

Apart from this, he has also bagged various other awards like Parliamentary Meritorious Award, Duke of Edinburgh International Award, National Entrepreneurship Day – Young Entrepreneur of the Year- 2017, Indian Achiever Award and Youngest Nominee for Padma Shri.

Some of his other successful campaigns include the Entrepreneurship Mindset Curriculum (Govt of Delhi), Atal Innovation Mission - NITI AAYOG, among others.

Started as humble beginnings, Aditya has unquestionably engraved his name in the annals of history!