The Ministry of External Affairs and National Security teamed up together from Tehran to Washington via Doha to get Indian nationals evacuated from Afghanistan. 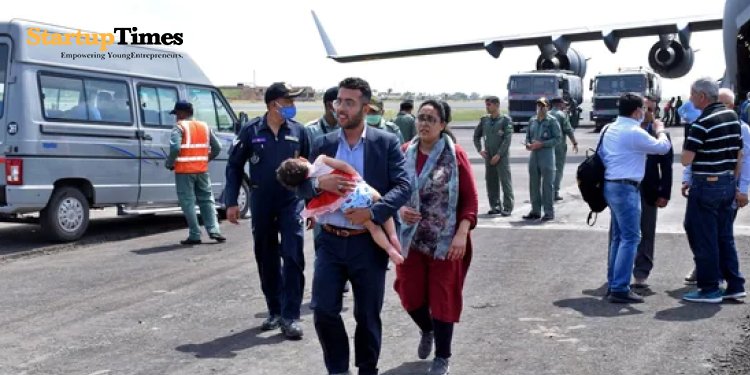 Till now, six flights have completed their respective missions with the evacuation starting on August 16.

With Modi’s government’s mission, Kabul is about to step in its end phase along with two more evacuation flights landing from Afghanistan today, the Ministry of External Affairs and National Security set-up has bagged what looked next to impossible on August 15, the day the Taliban captured Kabul. Two more evacuation flights probably landed from Kabul on Monday with the number of Indians evacuated from Afghanistan in the excess of 700. Already, six flights, including the Indian Air Force and Air India, have successfully completed their missions with the evacuation starting on August 16.

As reported by diplomats based in Delhi and Kabul, the evacuation of Indians from Kabul consist of multi-pronged diplomatic and security manoeuvres with Indian interlocutors led by External Affairs Minister S Jaishankar and the national security planners communicating to top officials in Washington, Doha, Dushanbe, Tashkent, Ankara and of course Kabul at the same time.

The preceding week, before the first Indian evacuation flight took off, EAM Jaishankar was in New York and in continuous touch with the Americans, Turks, Qatar and Indian allies in Central Asia to let the flight through. From Delhi, the National security team was also trying its way through their US counterparts and through sources in the Taliban leadership to get the flights out. But this was the end.

The Indian aircraft were not permitted to be parked at Kabul for security reasons as a consequence of which the Indian Air Force and Air India planes were parked at Dushanbe and Tashkent airports and waiting to go. The Air India pilots also assisted in the evacuation effort as insurance companies raised concerns over the safety and security of Kabul airport.

In spite of all these serious safety concerns in Kabul, an MEA and a security team successfully shepherded all the Indian nationals to the Hamid Karzai airport in time and safely. There were instances reported when the Taliban searched the Indian evacuees for documents and stuff l as no baggage is permitted The Indian nightmare in Kabul is now nearly over but dark days for Afghanistan masses have just begun.

"BuyAnyInsurance.com" is making insurance buying a piece of cake

World Cancer Day 2022: Spreading Awareness on how to secure yourself against...

India says at UNSC, Afghanistan’s people are under a constant state of...