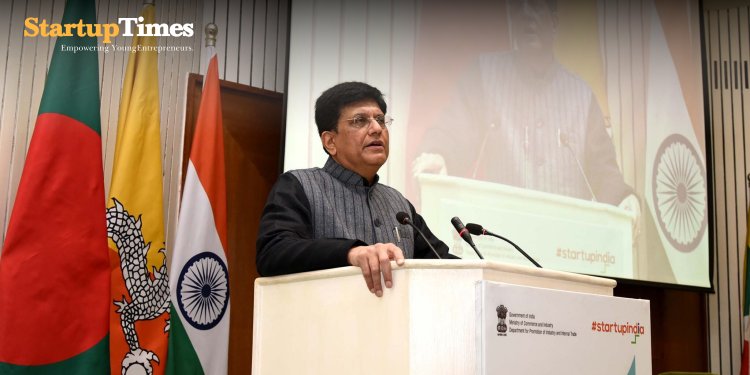 He said this while chairing the fourth meeting of the National Startup Advisory Council in New Delhi.

The Minister assured continued government support in developing the startup ecosystem. He also emphasized the need for capacity building and generating awareness about various initiatives of the government to promote startups in such cities. Members of the council have also been visiting states and interacting with startup entrepreneurs and students in educational institutions to understand and find ways to energize the startup ecosystem.

The Council deliberated upon important matters relating to the startup ecosystem including protecting ownership of startups with original promoters, incorporating in India, listing in India, and developing innovation hubs. The Department for Promotion of Industry and Internal Trade had constituted the National Startup Advisory Council to advise the Government on measures needed to build a strong ecosystem for nurturing innovation and startups in the country to drive sustainable economic growth and generate large-scale employment opportunities. The meeting was attended by key stakeholders, officials and existing startups in the country. Some of them included Manoj Kohli, Country Head, Softbank India; Abhiraj Bhal, Co-founder, UrbanCompany; and Kunal Bahl, Co-founder and CEO, Snap-deal.

The minister also launched NavIC Grand Challenge which aims at promoting adoption of NavIC as a geo-positioning solution.