By 2030, to produce 450 GW of renewable energy, India would require energy storage solutions. India's goal is to create next-generation power plants, and Bengaluru based deMITasse Energies, is helping India achieve that goal. 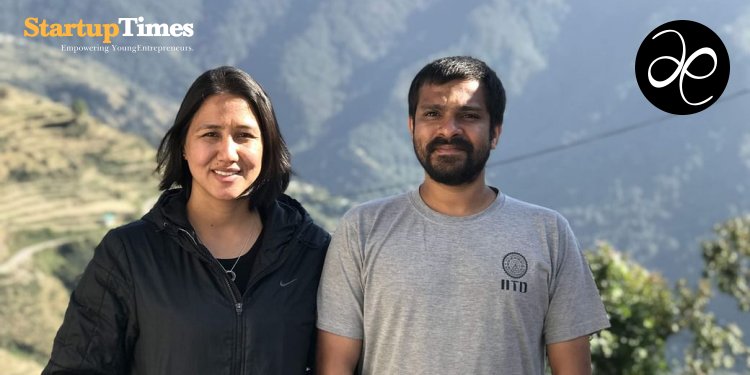 By 2030, to produce 450 GW of renewable energy, India would require energy storage solutions. India's goal is to create next-generation power plants, and Bengaluru based deMITasse Energies, is helping India achieve that goal.

With climate change posing an existential threat, the globe is shifting away from fossil fuels and toward renewable energy sources. India will reach net-zero carbon emissions by 2070, according to Prime Minister Narendra Modi, who spoke at the COP26 Climate Conference.

However, this cannot be accomplished without the assistance of entrepreneurs, and several are stepping up their efforts to assist India in making the transition to renewable energy.

DeMITasse Energies, based in Bengaluru, is a clean power generating startup that is developing next-generation power plants with zero emissions and the ability to store long-duration grid-scale energy. It was incubated at IIM-Bangalore with support from Tata Trust, Tata Power (TP-DDL), the Delhi government, and the Karnataka government.

Registered in 2016 by husband-and-wife duo Vijay Prateik and Megha Rawat, the startup ties up with energy generators, refineries, and other businesses to help them preserve excess energy and use it when there is a greater demand for it. Four other members of the founding team assisted in the development of the product but are no longer associated with the organization.

Their engine is based on the thermodynamic cycle, which they've been developing since 2011, with pilots beginning in 2017.

It planted up to 50kW of capacity in Delhi and Bengaluru during the paid pilot. The company is working on a sale with a refinery, a worldwide fashion brand, and the Indian Army and Navy.

The 12-member startup is self-funded, with the founders, their friends, and family contributing close to Rs 50 lakh.

According to data from the Central Electricity Authority, India's total installed renewable capacity was 151.39 GW as of December 2021, accounting for only 38% of total power generation. One reason for this is that renewables are known for their intermittent energy generation, and Indian power grids are not designed for intermittency or unpredictability; they require a steady flow of energy.

A viable approach is to store energy in batteries, where surplus energy can be saved throughout the day or when renewables are producing power and used when there is a power outage. Baseload power generators, thermal power plants, and nuclear power would all be less needed.

"The issue is that no such energy storage technology exists now," he adds.

"When we talk about power plants and energy storage at the grid scale, we're solving from a longer-term perspective." "We aim to build grid-scale power facilities that can store energy for very long periods of time," Vijay stated.

While electrochemical energy storage is great for frequency regulation, deMITasse's technology is built to maintain grid-parity for hours, days, and can even be used for seasonal energy storage applications.

India, on the other hand, loses an average of 20,000 megawatt-hours of thermal energy per year due to power plants, according to Vijay, who adds that this is a conservative estimate. A lot of it is waste heat, which is low-grade energy with exhaust temperatures between 200 and 250 degrees Celsius.

While saving and reusing this energy it would benefit the grid, current technology is incapable of absorbing heat and converting it to electricity, and the ones that are available are prohibitively expensive and fail to capture heat below 150 degrees Celsius.

"We can use this waste heat, even up to 60-70 degrees Celsius, because we use material with very low boiling temperatures of working fluid," Vijay explained. "Furthermore, our technology can turn this energy into electricity, which may be used in the industrial unit where it is generated or sent back to the public." As a result, there is a significant problem that needs to be addressed, and we are working to address it."

To accomplish this aim, Vijay and his founding team dropped out of institutions like MIT and Cornell.

Being fascinated by energy during his college days as a personal project, Vijay designed a Small Hydro Power (SHP) plant that could be deployed in distant villages in regions like Uttarakhand with low-velocity streams that might be utilized for small-scale power generation. They also sought assistance from the Ministry of New Renewable Energy (MNRE).

They chose to focus on sustainability to construct an energy storage system for the power grid after seeing that India was still lagging in producing renewable energy. Megha, who had her own sustainable fashion line that emphasized upcycling, decided to team up with Vijay to help solve this problem.

"When we first started out, we noticed how cash-intensive the industry was," Vijay explained. "However, it was clear that little was being done in this area, which is certainly not the solution. As a result, we decided to give it a try."

As a bootstrapped startup, the startup's key difficulty was a lack of funding, given the high cost of equipment and the necessity to import a couple of commodities.

Tata Power and Escorts Limited provided valuable feedback on this front, and deMITasse Energies assisted in the development of initial proofs of concept (Proof of Concept).

Even though our country is producing engineers in droves, Vijay says that finding the right talent can be a task.

DeMITasse Energies is in the process of setting up a plant in Denver, Colorado. It also intends to raise funds this year, which will be utilized to expand its staff and expand into the United States.

The startup now intends to make money by selling the plant. However, deMITasse Energies intends to build a power plant and sell energy on a subscription basis in the future.

It also intends to establish an R&D center to develop a large-scale plant to achieve this goal.

"We also have various products for the military and are now working with the Indian and US militaries," Vijay says.

Competition and the market

Due to the significant investment and cost-intensive nature of clean energy, there aren't many startups in India pursuing it. deMITasse Energies competes with well-funded startups based in the United States, the United Kingdom, and northern Europe.

Many Indian entrepreneurs struggle to convince people of the need of energy storage in India or the technology used. The situation is changing, however, as international investors enter the market, recognizing the need to lessen reliance on fossil fuels.

The Institute for Energy Economics and Financial Analysis (IEEFA) stated in a February 2021 report that India will require an additional $500 billion in investment in new wind and solar infrastructure, energy storage, grid expansion and modernization, and battery storage to reach 450 gigawatts (GW) of capacity by 2030.

According to IEEFA's August 2021 study, India is currently investing around $18-20 billion in energy producing capacity and another $20 billion in the system on an annual basis.

According to the same report, investment in the Indian renewable energy sector reached $6.6 billion in the first four months of the financial year 2021, from April to July 2021, surpassing the $6.4 billion level for FY 2020-21 and on track to easily surpass the $8.4 billion total achieved in 2019-20 before the pandemic.

More power to women entrepreneurs in 2021