Kritesh Abhishek - a face who brought a change in DIY Investing

Kritesh Abhishek is a graduate scholar in the field of Electrical Engineering from NIT Warangal in the year 2016. He was a consequential student in curricular and co-curricular activities. Moreover, he was an enthusiastic event performer too during his college days. 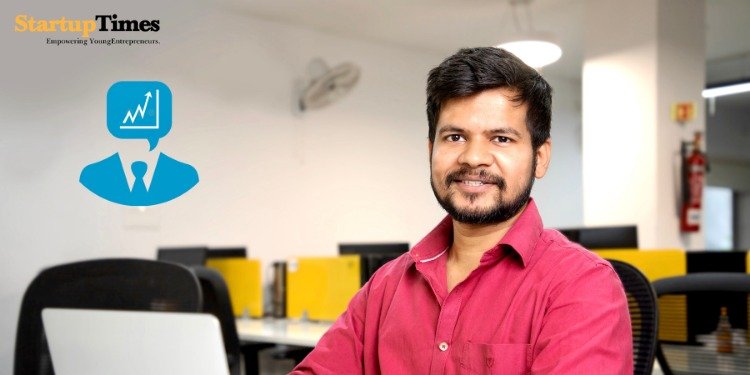 Kritesh Abhishek is a graduate scholar in the field of Electrical Engineering from NIT Warangal in the year 2016. He was a consequential student in curricular and co-curricular activities. Moreover, he was an enthusiastic event performer too during his college days. To give wings to his interest, he along with five of his peers thought of developing a start-up project on Entertainment. Therefore, together they launched a website for the same. The website grew substantially in terms of traffic within a year. This zone of amusement is in huge competition nowadays. Hence one needs to demonstrate expertise in this area. Eventually, soon this website was shut down as it was difficult to generate enough revenue for six people.

After the completion of his graduation, Kritesh has worked as a manager in the department of Product quality at Tata Motors, Pune. He was a loyal and devoted employee of the company. Although being a diligent member of the firm, working 9 to 5 seemed monotonous to him. He showed more interest in entrepreneurship. As a result, side-by-side he started giving time to develop his dream project which was still in the pipeline i.e., fintech project, Trade Brains. As he always portrays himself as a determined and laborious person, consequently, after one and a half years of perseverance he quit his job just after his promotion as a Senior Manager at Tata Motors in view of the fact that now he wanted to progress towards his novel plans.

2. BY WHAT MEANS THE IDEA CLICKED:

Kritesh is fascinated by investing and making money from the stock market. From the time of his college, he invested in the stock market, as it is a good way to maximize one’s wealth. The capital growth here is quite high. He explored and assessed this bazaar very minutely. With his salary drawn from his first job in Tata Motors, he invested some shares in the stock market and made a good amount of return. Within his friend circle, he has observed that none had ever invested in the stock market because of a lack of knowledge in this world. Though this business has some risk factors, the one who has intense awareness about the same can win. Here, comes Kritesh’s true potential wherein he wanted to burn all the myths and fear regarding investments and returns. There clicked him an idea to put in motion … TRADE BRAINS.

Hurdles and obstacles are the stairs to success. If a person or team is knocked out of a competition, they are defeated in a game. Nevertheless, Kritesh is a persona full of confidence. Subsequently, quitting the job of manager and working for approx. one and a half years exploring and building Trade Brains, he ultimately made up his mind to give his full-fledged time to his new proceedings. Eventually, he packed up his bag and leap-bound towards Bengaluru to talk to his near and dear ones, explaining to them his innovative ideas about multiplying money. Successfully, he built up a supportive and conscientious team. Now, the fight was for a sustainable place for office and funds to start up. After, much searching, he was finally able to locate a working place, though on a sharing basis. He commenced his firm with three interns. Slowly and gradually, the team began to swell and the people were able to comprehend and follow the plans laid by Kritesh. The clients were contented when their currency multiplied. To his satisfaction, he has now shifted to his own independent office in December 2019.

There entered another disastrous situation in March 2020 …COVID-19. The world was locked down.

4. THINGS THAT MADE HIM MOVE ON:

The highly communicable virus let everything shut down. Everyone was in their homes …locked. Scared of virus and demise. Although, the situation seemed intense, yet, Kritesh and the team didn’t slow their pace. It is aptly said that whatever God does, it is always right. Covid made everybody turn to online mode. Each and every person was fiddling with the internet and was looking for a new way to make money. There witnessed a sudden peak in the interest where people started clicking on Trade Brains and manifested in investment in the stock market. As a reason, their website was hit more than three times within six months and they started getting over half a million visitors per month on the website.

Thereafter, Kritesh scratched his brain and thought to launch a Stock Analytics platform wherein people can do screening, research, and fundamental analysis. Also, it is easy for the clients to locate the stock quotes and financial data relevant to publicly listed companies on BSE and NSE. This was a user-friendly platform where people can assess, analyse and explore rudimentary elements in one place.

5. EXISTING SCENARIO AND HOW HE VISUALIZES THE FUTURE:

After the triumphant victory of the website, there came the time to demonstrate the giant strides. Hence, to abruptly conquer the world and grip it was now the vision of Kritesh. The present time depicted that the entire world was working on smartphones and laptops, which gave it a thought to acquire the globe. Consequently, he put his foot forward and developed an app for Android and IOS versions as the Trade Brains Portal app. This application soothed and pleased the users as it was now easy for them to go about their investments and earnings because this was now only one click away.  The app received tons of positive feedback which was appreciable. Currently, the team members are continuously working to upgrade and add more friendly features to it so that the app could be fun to research and work on.

6. SUGGESTIONS TO THE READERS:

Kritesh says,” I never dreamed about success, I worked for it.” Perseverance is not a long race, it is many short races one after the other.

The anecdotes of Kritesh make us comprehend that to become a brand one needs to be hard-working, diligent, and painstaking. Although Trade Brains was a bootstrapped start-up, with dedication and determination, it brought a change in society. Obstacles are definite to come, but the one who has the willpower to face it boldly can be victorious.

It is suitable to quote here, “One man can make a difference.”

Shriram Trading Challenge 2021| How to Register