In 2018, WhiteHat a startup that is bringing a revolution in the coding domain specially for small kids by providing a platform that is giving exposure to coding has been originated. The story of an ed-tech coding startup and dreams were similar to any newborn startup’s goals and plans. 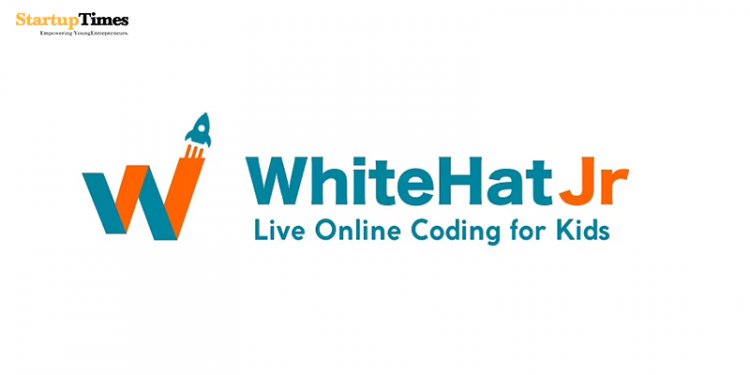 The coding startup was acquired by BYJU’S, an ed-tech company a few months back. In August 2020, WhiteHat Jr was taken over by BYJU’S in a $300 million all-cash deal.

WhiteHat Jr is a term used for ethical hackers as the founder is in love with building things he took the name from this.

Karan Bajaj, founder of the ed-tech coding startup believes that the kind of exposure today’s kids are getting no doubt coding will capture kid’s attention and will surely prove to be a fun activity with lots of learning in one go.

From the initial journey, the Karan business model emphasized hiring women teachers only, for ensuring the safety of children online. They have a network of over 11,000 plus women in the staff. The startup offers one-to-one personal sessions for children.

The pandemic has fueled up the Online Education Industry, More people are adopting virtual learning and the pace in India is very high. Getting the advantages of the growth of inline education WhiteHat Jr has been recognized as a coding learning platform for children.

The platform is mainly designed for children falling under the age group of 6 to 14 years in developing and learning the building of commercial-ready games, animations, and different apps using the fundamentals of coding.

Apart from being a successful entrepreneur, Karan has also created three beautiful and eye-catching novels including Keep Off the Grass, Jonny Gone Down, and The Seeker.

In 2008, before all this when he was about to enter his thirties, he took his first break while working with Procter and Gamble.  For him, this was hard, as society took his step negatively. He left India in January 2008 and moved to South America. After spending four months there, he then shifted to Eastern Europe for again four months, and then Mongolia for four months.  In December 2008, When he returned back, he couldn’t find jobs in the US due to the Lehman Brothers crash in the country. Finally, he got a job at BCG after struggling for three months.

This phase of his life liberated him, he has already lived the worst-case scenario. Again, in 2012 and 2016 he took his second and third break respectively.

Karan says that these breaks in his professional career have helped him a lot to grow as a person personally and professionally.

India’s startup community is dragging its feet back to work from home...