Unsuccessful Indian Startups And Their Reason For The Failure

The stories of unicorns always motivate people to search for their hidden entrepreneur. One assumes that a unique idea and foundation of a startup is all that needs to be done. And the rest of the path is a cakewalk. However, always remember that every coin has two sides. Similarly, with the startups raising huge funds in the seeding round and becoming unicorns, the menace failing story of startups also exists. 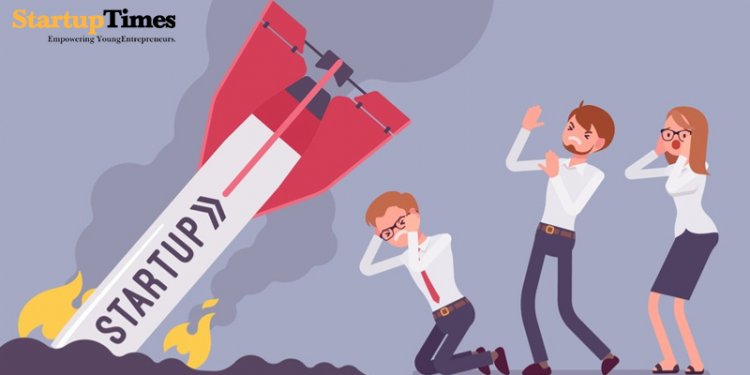 India ranks as the world's third-largest ecosystem for startups. As per a report, every year more than 5 million startups are founded. Still, within the five years of the foundation of a startup, 80-90% of Indian Startups fail.

Read and understand the reason for the failure of these Indian startups.

Zebpay was founded in 2014 by Saurabh Agarwal, Sandeep Goenka and Mahin Gupta. It was a cryptocurrency exchange platform. Reaching heights, it had around 3  million subscribers.

As per a policy by the Reserve Bank of India, payment companies were restricted to extend a cryptocurrency service. After one year a subsequent hearing was announced that left cryptocurrency trading policy in between. The uncertainty and fluctuation of the market lead to the shutdown of  Zebpay.

The love of a hosteler or a person residing in PG for home cooked food is not just a feeling. It’s an emotion. Day by day the startups’ serving home-cooked food is increasing. Yumist also came into the ecosystem with the same aim. Alok Jain and Abhimanyu founded it in 2014 to cover the daily-meals segment in India, a huge untapped market. The founders had raised around $3 million in seed funding rounds.

The burn rate of the entity was very high. Yumist needed extensive capital to grow and it was out of its reach. There was always scarcity of funds to run the startup. As a result, it shut down.

Who doesn’t desire to talk to their favourite celebrity? No one, right. Gaurav Chopra and Ranjan Agarwal, founded Dial-A-Celeb in 2016 to fulfil all those desires. They provided video chats with actors and celebs. Moreover, it also offered customers, autographed items like toys and diaries. However, the journey of the startup was only 1 year.

Celebrities were interacting with fans with their own social media apps. The ongoing trend became a tough competition for the app. As a result, the profits also declined and it was shut down in 2017. Do research and study about the existing and future competition of your industry and domain.

Due to various reasons like office location, excursion, meeting a friend, etc, one has to cover a long distance of around 100km or more. These journeys used to be extremely expensive. Roder was the brainchild of Abhishek Negi, Ashish Rajput and Siddhant Matre. In 2014, they founded the startup with an aim to ease inter-city travel. They used to offer one-way rides at nearly half the market price.

The inability to manage customer acquisition costs. It was not even able to retain its customers. The competition was escalated by the companies like Ola and Uber, which had a huge source of funds. The entrepreneurs lost their enthusiasm. The moment an entrepreneur loses his/her zeal, that moment failure knocks on his door.

This startup came with a new flavour in the logistic industry of India. It was a B2B startup providing intra-city logistics. The algorithm applied by the founders allowed it to cater services at a price, 15% less than what its competitors were charging for the same trip.

Doodhwala was a subscription-based platform. It was founded in 2015 by Ebrahim Akbari and Akash Agarwal, with a motive to provide doorstep service of milk and grocery items. It claimed to record 30,000 deliveries in a day.

Whenever there will be talking regarding the startup which failed due to the strong competition, Doodhwala will be the first example. Many experts said that the scarce funds and tough competition from the big names like BigBasket, Milkbasket and SuprDaily. As a result, the startup shut down.

In August 2017, Rakesh Yadav, Rahul Raj and Aditya Naik founded Koinex. The company became the largest cryptocurrency exchange in India, in its early stage. It had a user base of over 1 million. It reported a $3 million trading volume and complete execution of 20 million+ orders.

On 27th June 2019, it suspended its services. The cryptocurrency trading business is no less than a rollercoaster. The company was impacted by the downs of this rollercoaster. Founders said that the lack of a crystal-clear regulatory framework for cryptocurrencies in India hindered them in smoothly running its operations

A grocery delivery startup, Mr Needs was founded by Hitashi Garg, Yogesh Garg, Ravi Wadhwa and Ravi Verma. It was also a subscription-based startup. The grocery was easily delivered to the doorstep after the customers paid for the subscription. It reported completing 10,000 deliveries in Noida.

Like Doodhwala, it could have lacked funds due to the less turnover of customers for a subscription-based service. The aggressively funded startups like Grofers and Big Basket is another possible reason for the company’s failure.

Startup is making cryptographic money contributing as simple as requesting...