Azim Premji- A billionaire by heart

“Character is destiny”- Azim Hashem Premji, an unstoppable business tycoon and founder of Wipro, had the phrase etched in his mind. With his pioneering leadership and commitment to integrity, he steered Wipro into becoming a successful business entity. 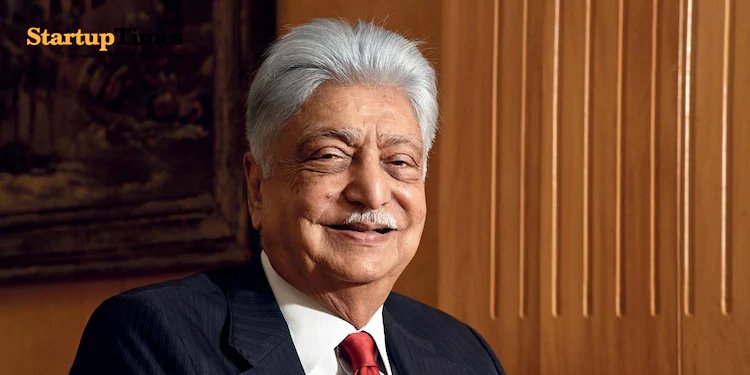 He spearheaded Wipro for 53 years and transformed his father’s small hydrogenated cooking oil company into a $8.5 billion global IT major.

The making of a philanthropic billionaire

The story of this mega business tycoon began on 24 July in 1945, where he was born to a Gujarati Muslim family. His father, Mohammed Hashem Premji, was a businessman leading to his growing interest in industries.

Hashem Premji passed away in 1966, due to which Azim had to drop out of Stanford University to handle his father’s business called Western Indian Vegetable Products Ltd which dealt with cooking oils and soaps.

He aimed at diversifying the business and in a short span, he directed the company to manufacture bakery fats, toiletries, light bulbs, hair care products and hydraulic cylinders. During the 1980s he shifted his focus to technology and manufactured microcomputers. The company soon began developing software solutions as well and became a well-known name in the industry.

He was conferred with the prestigious Padma Bhushan in 2005 and Padma Vibhushan in 2011 for his contributions to the Indian business sector. In 2019, Premji stepped down as the chairman and MD of the company aged 74.

The persona of Azim Premji – the values, beliefs, principles, and practices shaped him into a successful entrepreneur and a passionate philanthropist, which lays the foundation for his leadership style.

Despite being one of the wealthiest persons, he shies away from a flashy lifestyle. Azim Premji’s dream car is a second-hander that he used to drive in his youth and considered it as his lucky car.

Moreover, he advocates that the employees must use both sides of the paper if they need a xerox. In order to prevent the wastage of beverages in the office, he ordered to reduce the cup sizes. He even keeps a check on how much the company spends on toilet paper!

Some people call these habits miserly, middle-class or poor but Azim Premji has proudly made them a part of his life.

A heart of gold

Premji is one of the world’s most magnanimous billionaires who has opened his heart and purse strings for the betterment of his country.

Targeting to develop the education system in government schools, he established the Azim Premji Foundation (APF), a not-for-profit organisation, in 2001. He went on to donate $7.5 billion in 2019 for the cause, marking his place amongst renowned “givers” such as Bill Gates, Melinda Gates and Warren Buffet.

In 2020, he set aside ₹7904 crores as the country was fighting the COVID-19 pandemic which became the largest donation ever made in India!

When he was honoured with the Carnegie Medal of Philanthropy during a ceremony held at the New York Public Library, he posed, “When one is showered with wealth beyond what one deserves, I think the question really arises, what does one really do with this wealth?”

Azim Premji is undoubtedly a businessman who is one of his kind and his philanthropic actions are unique and truly special. Premji has left a mark so deeply rooted in the soils of the business industry that he has shown the way for billionaires not just in India but across the world.

All about the business cycle.