Brazilian startup Vittude is prioritizing mental health for all 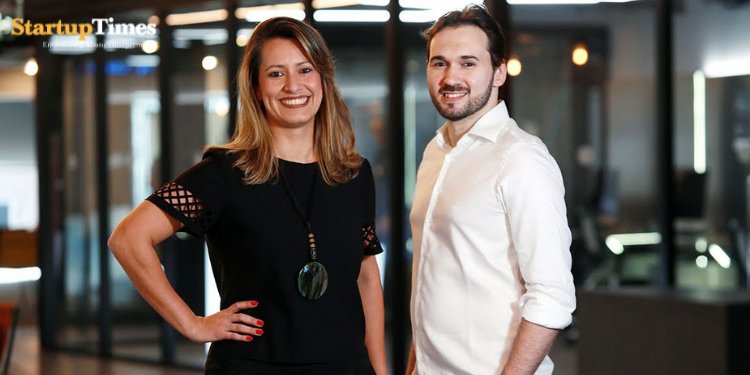 Civil engineer Tatiana Pimenta knew access to mental health services had to change after struggling to find adequate support for her own depression. She recognized that modern patients such as herself have busy and demanding lives, so to help them effectively, therapy needed to come to them. In an effort to foster community and transparency around the subject of mental health, Tatiana started a blog called Vittude. The popularity of the blog established that she had a target audience hungry for digital mental health resources. Together with fellow engineer Everton Höpner, Tatiana founded a healthtech platform of the same name, one that virtually connects patients to psychologists across Brazil for affordable and accessible remote therapy. Patients register in less than one minute, choose their online psychologist according to their time and location preferences and schedule their session. “I believe that it is possible to put accessible, affordable mental health services in the hands of every person on Earth,” said Tatiana.

There was an immediate demand for the Vittude platform when it launched in 2018, but when the COVID-19 crisis surged in South America, where the platform is based, it became clear that more people needed online therapy than ever. With many around the world isolated from support networks—and unable to physically attend in-person therapy sessions—advice and mental well-being became top of everyone's agenda. Companies quickly pivoted to offer mental health care for their employees, who were adjusting to new routines and struggling to find work-life balance in the uncertainty of a global pandemic. “The new B2B demand led us to a growth from 20 to 80 corporate clients,” said Tatiana. “To handle this massive growth, we had to hire more people, going from a team of 13 to 50+ people in six months, and improve our product.”

I believe that it is possible to put accessible, affordable mental health services in the hands of every person on Earth

In order to quickly scale and accommodate the growing need for their product, Tatiana joined the fully-virtual Residency from Google for Startups, a program of workshops, tailored mentoring, networking, and individualized support from Googlers and experts across a range of areas such as hiring, analytics, marketing, and UX. With Google Analytics guidance, the Vittude team was able to hone audience targeting using customization that shows whether a visitor of the website is already a client or not, helping them to understand the true amount of new visitors they were receiving. Tatiana also discovered how machine learning could ensure the profitability of marketing and how YouTube ads could help people to find Vittude. Overall, Vittude was able to grow their revenue by five times during their time with Google for Startups. “We were ready to grow and the Residency Program helped our business to reach this goal in a sustainable and very consistent way,” said Tatiana.

Tatiana’s class was the first remote edition of the Google for Startups Residency program, in response to the global pandemic. Despite founders in the class being apart physically, the group formed a tight-knit community, connecting meaningfully during the six months of the program to help each of their ideas grow, while sharing experiences. The class was also the first to have a 50/50 male-female founder ratio. “Everyone in the group had taken risks in order to become entrepreneurs, so it's easy to see yourself in the other's shoes. That made us allies and made us grow closer. This was even more true among women founders in the group, as we faced many similar gender-related challenges along the way,” said Tatiana.

Google mentorship was the “cherry on top” for Tatiana. After six weeks of working side-by-side with Monali Shah, people partner at Waymo, Tatiana was able to use Google best practices to establish a decentralized hiring process that would free up more of her time for other parts of the business. “It’s difficult, in the beginning, because you have to make important decisions and take risks,” said Tatiana. “But then you realize you are, in fact, an entrepreneur. You start wondering how to be an inspiring leader for your team. It’s a constant challenge, but very gratifying when you see that you partnered with the right people to make your business grow.”