Sundar Pichai was a modest man. Since his childhood he was a bookworm, his brilliancy led him to India's one of the most renowned colleges, IIT Kharagpur. Later he went abroad and worked for Google. He was about to leave google and work with twitter. Today his net worth is $150 million. 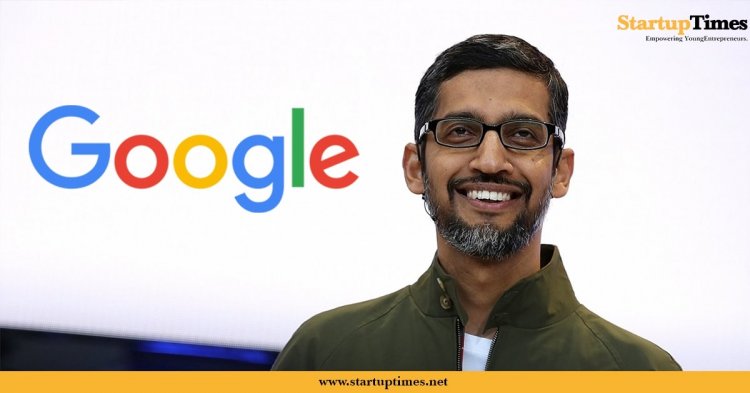 Sundar Pichai, the modest man with an inspiring story, is recognized for his journey from a bookworm to the CEO of Google.

The Madras born boy comes from a middle-class background. His father Raghunatha Pichai was a senior electrical engineer for a General Electric Company with a salary of INR 3000; which was not enough for Sundar's foreign education.

Being a bookworm, Sundar always outdid in his class. He never went out of his room to play like other children. During school days he used to take a rickshaw to go to school. According to his neighbors, he would grab a book as soon as he would come back from school.

He worked hard as a student. His favorite job was to read and acquire knowledge all the time. His brilliancy led him to one of the most renowned institutes in India, IIT Kharagpur where he studied metallurgical engineering. During his graduation days in college, he focused entirely on his career. Most of the teachers and professors there always appreciated him. They're one of his professors recommended him to pursue a Ph.D. from Stanford University. He later decided to pursue an MS degree instead, in material sciences & engineering from Stanford University and an MBA from Barton school of the University of Pennsylvania.

His father was a modest and middle-class man. Foreign studies need a huge amount of money. So he had to withdraw $1000 from his savings to cover the expenditure of his son's flight and traveling to the U.S.

Although Sundar won a scholarship at Stanford, still simply traveling abroad was expensive as well as tough for him. It took him time to finally get adjusted to the foreign culture. After his MBA, he worked as a consultant.

Later he decided to join Google.

On April 1, 2004, he had his interview with Google, the same day, the internet giant launched Gmail and we all are aware of April Fool's day hence, Sundar thought it was a joke but he went there and cleared the interview.

Later he worked with a small team for the google search toolbar. This way he started at Google. Within a few years, he marked his statement in the company. "Sundar is the man of modesty", One of his colleagues said.

With a brilliant mind, Sundar believes in honesty and simplicity. He is a very grounded man. Despite all his success, he has no sign of ego or barbarity.

After that, he was appointed to oversee Gmail. Later he became head of the android. In 2011, Sundar had a chance to leave Google and work with Twitter but Google paid him $50 million to stay.

4 years later on October 2, 2015, Sundar Pichai became the CEO of Google. Today his estimated net worth is $150 million.

About The Next Startup Event

Luis Valente and Mehak Mumtaz - The co-founders of iLoF