Krishna leadership system and CMS welfare foundation are super headed by Ashish Krishna - a young and motivated Socialpreneur, Educator, and Business & political consultant he is a dynamic person who has cracked the code to uncover, optimize and grow his brand. He did this by achieving his professional goals. CMS welfare foundation provides immediate and speedy emergency services to all. During the covid phase, he saved 1000+ lives. His aspiration to serve society selflessly was revealed. The CMS Social Welfare Foundation is working on elevating the education, living & environmental standards of the country. He gives all the credit of his achievements to the guidance and support of the Bada Business Pvt. Ltd. team, Elder Sitaram Nirolia, and the Kanpur team. CMS welfare foundation aspires to serve in Education activities, environmental issues, and Social Welfare. 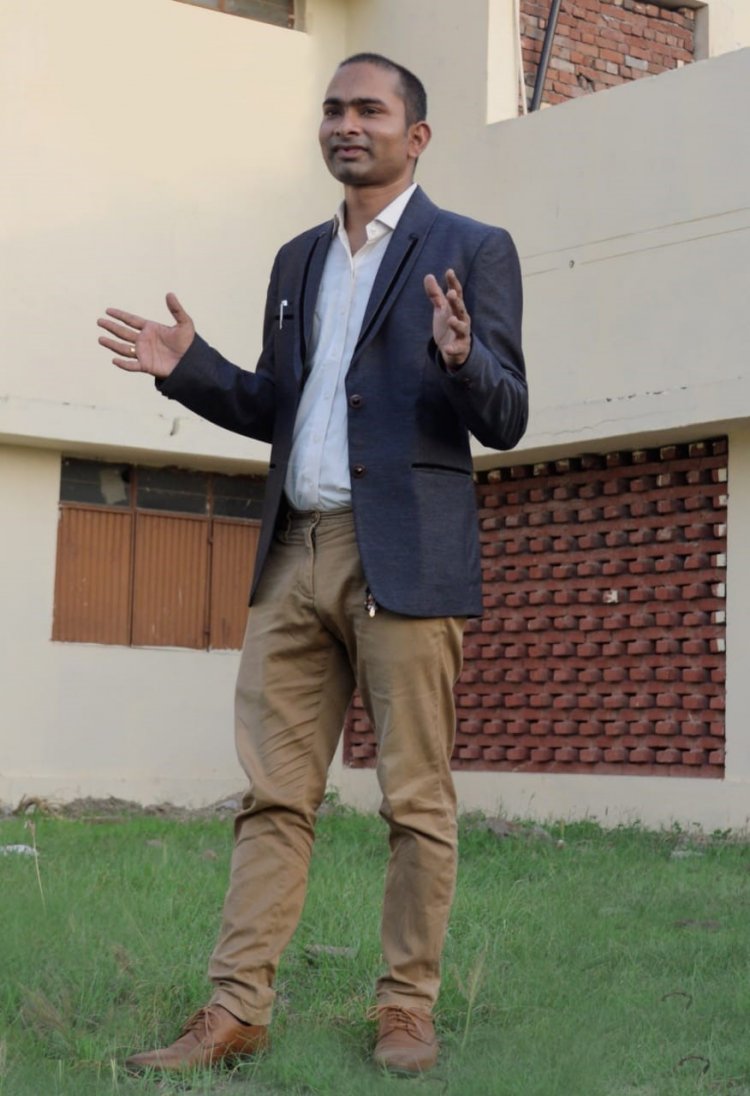 Krishna leadership system {KLS} another initiative, which is dedicated to helping youth, entrepreneurs, educators, and politicians in transforming India, under Krishna leadership system (KLS) about 5000+ students are trained in the last 10 years. They work on empowering the youth, desirable entrepreneurs, and revolutionary educators and politicians. By believing in transforming mindset, Heart set, Health set, and soul set. KLS's vision is to train and transform 10000more leaders of distinguished fields till 2025.

Ashish Krishna states that "Earth provides enough to satisfy every man's need, but not every man's greed”, words by Gandhi which made him stand out from the competition in the field. Moreover, he works to avail the opportunities for the needy person. He does so by growing his network and attracting new opportunities.

The biggest strength is conviction in his idea. The execution of the CMS Social welfare project is done with monomaniacal support of his sister Mrs. Shikha Singh, creative CA Jitendra Sankrityayan, and a whole team of talented people. Trust is something he has built-in drops over the years, and he is lucky to receive an abundance of it from his friend Mamta Singh, his beloved students & faithful clients. The visionary mentors of his life are- Mr. G.P.S. Bhadauria, Er. G.D.S. Warne, Mr. K.S. Upadhyaya and Pro. Anil Kumar Gupta and two great souls: Lt. Rambabu Ji & Lt. C.P. Awasthi.

"When you were born you cried and the world rejoiced. Live your life so that when you die, the world cries and you rejoice’, this quote by Robin Sharma motivates Ashish Krishna every day. Whether at an individual level or organization level, he aims to give his absolute best. He believes in becoming a better version of himself every next day. The prime motive is to be innovative, stay strong, alive, and stunningly satisfy the clients.

CMS & KLS is like his own family. He thinks of it as a safe space where everyone has an opportunity to think beyond the box and is free to commit and improve mistakes. This sense of freedom makes them committed to create, explore and deliver 10x of the usual output.

The team which was once created and planned in a college dormitory with Ashish’s childhood friends ShivPratap, Neeti&Pawan is now a part of his successful Startup Company. The board of Directors led by Adv. Harshada is the Think-tank of the company. The team consists of 100% youth with fresh ideas and a hunger to move ahead. All of them are from NavodayaVidyalaya and purposefully committed to giving back to society in a constructive and compounding manner.

The company was formed in February 2020 in Farrukhabad, UP (India) the company was started at the very small initial stage. Because funding was not raised at the time, the company is now planning for investors and funding, inviting and welcoming new investors with open hearts and spirits. As a result, the team will be made up of more professionals from various professions and will be able to serve more.

Ashish has big dreams for himself and his team. He wishes to get covered on Forbes magazine, Business Magazine and Success Magazine. The idea popped out in his head during the year he got graduated, which made him work day and night from that day.

The seed of this great idea was an orphan 6-7year boy who was working in the hotel where he used to have lunch and dinner with his friends during college days. Despite the hardships in his life, he had something which most in his state don’t have. He had a will to learn, to get educated, and to change his fate. Ashish joined hands with his friends and arranged for the boy’s stationery, food, and shelter. They even got him admitted to a government school. He told his name 'Abdul Kalam' to the headteacher and it inspired Ashish.

CMS and KLS team is working hard to bridge the gaps in inequality, unequal resource distribution, and poverty. They firmly believe 'Education and Psychological Freedom' is the only way to change- As Dr. Ambedkar said. Ashish works to invoke youth to join CMS WELFARE FOUNDATION. He believes that this world requires leaders, innovators, social workers, and true kind-hearted humans more than ever to serve the nation. As Gandhiji once said, "Be the change you want to see in the world." Providing more opportunities to those in need will bring out more such people and change the world into a better place.

When there is darkness everywhere, he believes in the quote 'अप्पदीपोभव’ (“Be a light unto yourself.”) by Gautam Buddha. They have been stepping stones ahead and the plan is to start and execute projects all across India. Their vision is to tie up with UNESCO for being the part of global transformation till 2025 which will make it possible to serve and uplift many more people