The Sensational Story of Kalpana Saroj

Kalpana Saroj is truly an inspirational example of what one can achieve with hard work and dedication. From being forcibly married at the age of 12 to establishing a ₹2000 crore empire, her story is nothing less than a marvel. 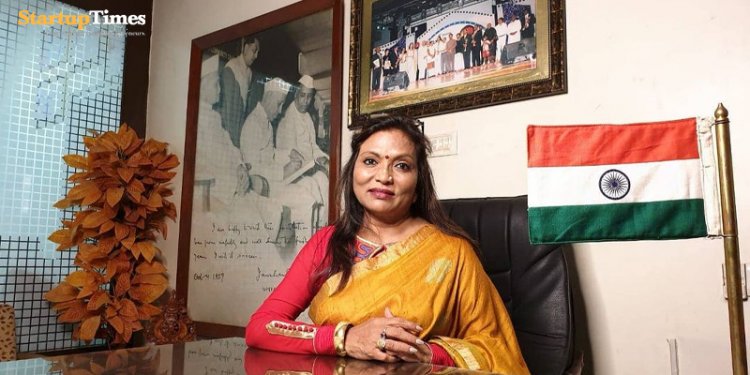 Born in slums and subjected to merciless exploitation in a Dalit community, she braved the odds to emerge as one of the most inspirational entrepreneurs in the country. At the helm of six companies – Kamani Tubes Limited, Kamani Steel Re-Rolling Mills Pvt Ltd, Saikrupa Sugar Factory Pvt Ltd, Kalpana Builders & Developers, Kalpana Saroj & Associates, and KS Creations Film Production – Kalpana Saroj employs 600 people. Check out the story of the real-life “Slumdog Millionaire”.

She was born in Vidarbha, Maharashtra. Her father was a constable and they lived in the police quarters assigned to them. There, the adults expressed their displeasure when Kalpana used to play with their children. They forbade their kids from visiting her home or accepting any food she offered.

Despite this hurtful treatment, what hurt her most was the unjust behaviour towards her at school. She was made to sit apart from other students and the faculty did not let her participate in any of the co-curricular activities. However, this turmoil did not last for long as she was married off when she was in seventh class.

Pushed into marriage at the tender age of 12, she came to Thane's Ulhasnagar slum, where her husband’s family lived in a small room. Even though her father wanted her to complete her education, child marriage was a norm in the Dalit community they grew up in. Her father felt powerless against the society who placed little to no worth in the life of a little girl.

Not even in her wildest dreams, she could have foreseen the slavery that was to come after her marriage.

A little girl of twelve was burdened with the responsibilities of cooking, cleaning, laundry, etc. for a sadistic household of ten people. But they didn’t stop there. Kalpana was brutally thrashed, kicked, punched for the slightest of mistakes. They starved her. She had become nothing less than a walking corpse. Fortunately, her father, who had work in town, came by to surprise her one day. “For a moment he couldn't recognise me, as I had become so frail. He immediately took me away. That was my day of freedom.”

The turning point in her life

Back in the village, more drama awaited her. People started humiliating her family about her return and when she went back to school, she suffered even more bullying. People kept whispering that only if she killed herself would the dishonour that she had wrought upon her family be obliterated. The taunts were unbearable and ultimately she downed three bottles of poison.

It was not less than a miracle that she survived her suicide attempt. But after that, she was not the same helpless girl, the world had deemed too worthless to exist.

The gift of life

Having got a second life, Kalpana became determined to make something of it and not indulge in self-pity anymore. “In 1972, I convinced my family to allow me to move out of town and settle in Mumbai,” she says. She stayed with an uncle’s friend and started working at a garment factory for ₹60 per month. In a few months, she also started stitching on the side and added an income of ₹100. “I saw ₹100 note for the first time and I had earned it!” she recalled with a smile.

Amidst all this, she lost her sister at the age of 17 as they could not afford her medicines. “That’s when I realized that life without money is useless and I was going to earn lots of it. I started working sixteen hours a day,” she said.

In 1975, Kalpana received a loan of ₹50,000 under the Mahatma Jyotiba Phule Scheme and started a clothes boutique in Kalyan. On the side, she started re-selling furniture.

Circumstances gradually began to improve. In 1978, she started Sushikshit Berozgar Yuvak Sanghatana, to help the unemployed. She did not want a single child, boy or girl, to go through what had happened to her.

In 1995, a man asked Kalpana to buy his land as he was in urgent need of ₹2.5 lakh. After buying she realised why he had sold it so cheap: the land was under litigation. The next two years she was in and out of the courts, trying to get her property cleared up. Soon a building came upon that land.

Meanwhile, her fame as litigation queen reached Kamani Tubes, a company manufacturing and supplying copper tubes, rods and LED lights, etc. The company had suffered many losses and litigations over the years. “Here was a company with 3,500 bosses!” laughs Kalpana. “Banks gave them loan but they couldn’t make any money from 1987 to 1998, plus the company had a loan of ₹116 crore, 140 cases of litigation and two unions. So it was a total mess, but I was here to sort it out.” Kalpana took over the company as Chairperson in 2006. Her efforts resulted in the banks agreeing to waive the penalties, interest, and also 24 per cent from the principal amount to help her revive the company.

Eventually, she got into other businesses one by one and the current combined turnover of her businesses is ₹2,000 crore. Kamani Tubes is now a profitable company, with a profit of ₹5 crores every year.

“With my thriving business, I feel life has come a full circle,” Kalpana says.

This startup raises store from TVS Motor, Zoho to deal with its electric...