Setting up a startup from scratch is pretty much like birthing a baby. Right from the ideation to figuring out the technicalities and business plan, bagging investment and finally, setting up a dedicated workplace, it’s an arduous journey. 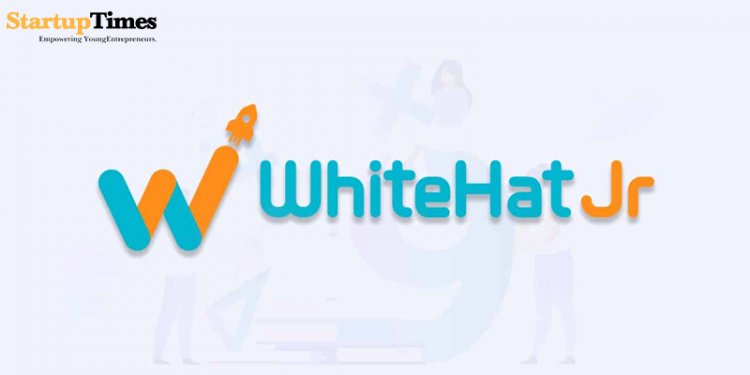 But once your dream project takes off and begins to create ripples within the industry, all the past struggles and hard work seem to be worth it. It has been the same for multitasker and entrepreneur Karan Bajaj who founded the edtech platform WhiteHat Jr.

He is a BITS, Mesra graduate and a proud alumnus of IIM Bangalore. Currently settled in the US, Karan has a colourful professional portfolio. He was the South Asia head of Discovery Networks, worked as Chief Marketing Officer of Aden & Anais in New York and also happens to be a certified Yoga teacher who lived in a yogic ashram for a year!

He donned several hats prior to starting up. He was a brand manager at Procter & Gamble for nearly six years, a management consultant at Boston Consulting Group (BCG), marketing director at Kraft Foods Group Inc, CEO of Discovery and an author with Penguin Random House and HarperCollins Publishers before landing at WhiteHat Jr.

When the idea took birth

It was in August 2018 when Karan got the idea for his startup. Karan believed that coding today is what mathematics was during the industrial revolution. He further said that consumer tech is at the centre of every household, and industry and technology are shaping the world. The idea behind encouraging coding lessons is to prepare children to “become architects of this technology versus passive consumers of it.”

By September 2018 he had the seed funding in place. By October, the company was incorporated and launched in December 2018. Karan then became a full-time employee at WhiteHat Jr in Feb 2019.

Founded in 2018 by Karan Bajaj, WhiteHat Jr is an ed-tech platform that teaches coding to students aged 6 to 18 years through one-on-one video classes with instructors to empower them so they view themselves as creators.

Based out of Mumbai, the aim of the venture was to help young kids learn to program and encourage them to create games, animations, applications and more.

The startup works with a live one-on-one online teaching format and a thoroughly researched curriculum. The subjects range from data structure, app and game development to machine learning and space technology.

It offers four levels of courses- beginner, intermediate, advanced and professional- for students in grades 1-12.

The startup scaled up so quickly that within two years since its inception, the online learning platform Byju’s bought it for a whopping $300 million (around ₹2,200 crores).

The sale to Byju’s, the only ed-tech unicorn and one of India’s most valuable internet startups, was one of the “easiest, most logical decisions” Bajaj made. He is often asked why he sold it so quickly, but for startups to hit that balance where the acquirer, investor and founder are all happy is hard, he says.

Presently, WhiteHat Jr has introduced 3 million students to coding, has more than 7000 teachers on the platform and conducts 20,000 live classes daily. Within just 18 months, WhiteHat Jr achieved an annual run rate of $150 million.

Despite being less than three years old, Karan’s venture has raised around $11 million, so far. Because of good, positive returns from the startup, there has been no need to use up all that money.

This makes Karan one of India’s leading multi-millionaires in the startup scene at just 41.

It’s great to see how some great minds in the world of entrepreneurship function and all that budding entrepreneurs can learn from people like Karan Bajaj.

India and Germany talk about collaboration in MSME area

The mind-blowing business journey from a start-up to India's fastest growing...

Oyo, Microsoft in tie-up for ‘next-gen’ travel and hospitality products