With an MS in Physics from Michigan State University and an MBA from the Indian School of Business, Ankur Warikoo is the Co-founder of Nearbuy, a hyperlocal e-commerce company. 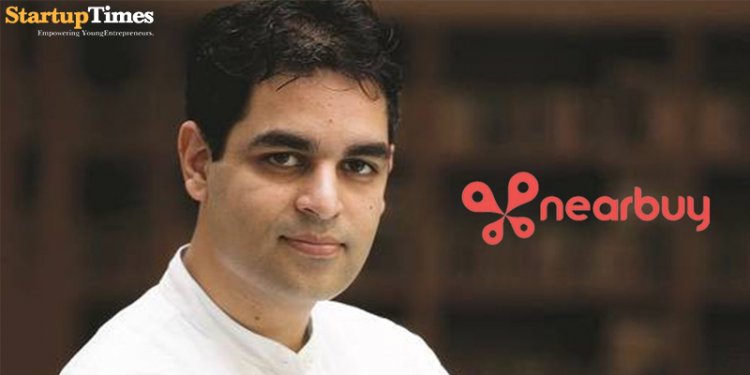 He is also an angel investor in internet and technology companies, among others.

He stepped down as the CEO of the Gurugram-based deals marketplace in November 2019 passing on the baton to the other co-founders Ravi Shankar and Snehesh Mitra. Shankar, who was the COO of Nearbuy, assumed the role of CEO while Mitra took over as the COO of the company. Warikoo will continue as a shareholder and board member of the company, in addition to being a motivational speaker through his brand ‘Warikoo Wednesdays’.

“It's been such a pleasure and honour leading the company for all these years. I am so proud of the team we have built, the culture we have established, and the relationships we have formed in the ecosystem,” Warikoo wrote.

Nearbuy, which enables customers and local merchants to discover and engage with each other, claims to be present in more than 35 cities across 18+ categories. It has over 50,000 merchants across more than 100,000 unique locations.

Nearbuy was founded in 2011 as Groupon India after its Chicago based Parent Groupon Inc acquired SoSasta in 2011 to start operations in India. Warikoo and Shankar were executives in Groupon and the former led the company after founders of SoSasta exited. Warikoo, who has been an active entrepreneur and angel investor, worked as a Venture Partner for Rocket Internet before joining Groupon India as a CEO in 2015.

In August 2015, the online platform split from its US-based parent firm Groupon. With funding from Sequoia Capital, it rebranded itself as Nearbuy.

Two years later, Nearbuy was acquired by Paytm along with Little. Paytm smoothed a share exchange arrangement between shareholders of Little and Nearbuy following which Nearbuy became a wholly-owned subsidiary of Little Internet.

Commenting on the acquisition, Ankur Warikoo, Ravi Shankar, and Snehesh Mitra said, “We couldn’t be more excited to partner with Paytm and build Nearbuy + Little into the absolute consumer choice for everything local. The industry is young and Paytm’s consumer and merchant reach will benefit us immensely.”

After the acquisition, the startup had access to a massive pool of resources as well as an extensive userbase of acquirer – Paytm.

The recipe to growth

Engaging customers: The difficulty with the online deal marketplace is that a customer experiences the final service in the presence of the merchant and not the marketplace. A customer may buy a restaurant or spa voucher, but eventually goes to the merchant’s premises to experience it. This, according to Ankur, is the acute bit.

To ensure better customer retention and experience, a dedicated team works incessantly with the merchants to ensure that the customers are happy.

Nearbuy has not targeted the deals space alone but is expanding to tap the country’s services industry. Food and beverages, spas and salons, movies and events, activities, amusement parks, and hotels are a huge marketplace that is yet to come online with their full potential. Discount or no discount here becomes secondary.

Mastering the art of storytelling: According to Ankur, storytelling is the most vital part of a founder’s journey and one of the lesser-understood entrepreneurial skills. He believes that at every stage in their entrepreneurial journey, they are not only sharing their story with investors but also with employees and - more importantly - their own selves.

While storytelling is perceived as a small step of a massive movement, Ankur says it is an immensely personal journey, stating that it all begins from a deep passion for something.

Ankur proposes that it is important to delve into the inner psychology of humans to understand their perceptions and mix the emotional continuum into storytelling, leading to a much bigger impact.

Warikoo exclaimed, “Getting to this point demanded everything from us- Great highs, massive lows and a ride of constant learning.”

Oshikka Lumb- A Master of Branding