Cricketer Yuvraj Singh invests in Wellversed, nutrition healthcare startup and will be the brand ambassador for 3 years 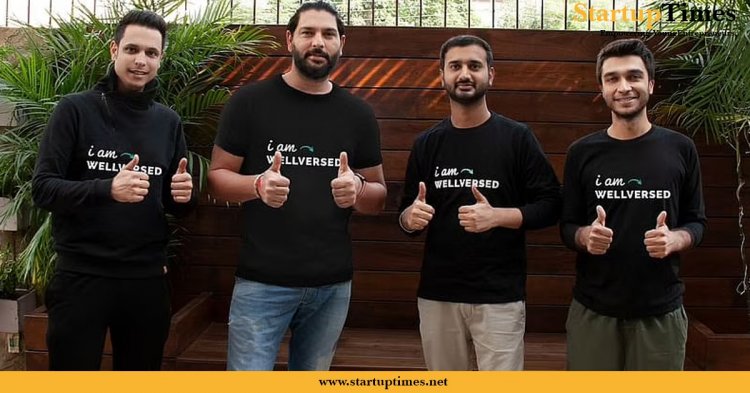 Well versed, Nutrition-based healthcare startup has risen an undisclosed amount in a pre-series A funding round led by former cricketer turned entrepreneur Yuvraj Singh. Singh will be closely working with the founding team to scale the business and will be the brand ambassador of the startup for 3 years.

According to the company statement, the investment from Singh’s YWC Ventures values the two-and-a-half-year-old startup at INR 100crore. He had earlier launched YouWeCan Ventures in 2015 and also invested in several other startups like diagnostic labs aggregator Healthians, AR/VR based tech startup HoloSuit and JetSetGo. “This association will help Wellversed to scale expansion in newer markets, upgrade technology, and strengthen the company’s supply chain and R&D. The company aims at expanding across rapidly growing tier-2 cities as well as entering new International Markets in the near future.”, said the company.

The company claims to attain over 250% within the last year and further said that 40% of its revenue comes from direct to consumers selling through its website. With the capital, the company plans to expand in various fields such as its geographical reach, upgrade technology, and strengthen the company’s supply chain and research, and development. It also plans to boost a Series A round of investments in early 2021. It has already gained a strong presence in metropolitan and tier-1 cities and aims at expanding across tier-2 cities as well as entering new international markets in the future.

Well versed was founded by Aanan Khurma, Aditya Seth, Ripunjay Chachan in 2018, with the goal of healthspan maximization, has now scaled across all nutrition regimes including intermittent fasting, vegan, diabetes, gluten-free, high-protein, immunity regimes, and more. The company today fulfils 50,000 product units per month and has witnessed a strong growth of over 250% in the last year.

“Yuvraj Singh has high synergy with our brand in terms of the change that we aim to bring to the society at large… Having gone through his own unique journey as an elite athlete as well as a cancer survivor, Yuvraj understands the role nutrition plays in health and wellness, thereby bringing the much-needed knowledge and energy to the team.” Said Aanan Khurma

Well versed competes with other brands such as Forbidden Foods Epigamia, 23BMI, Namhya Foods, Storia and many others and was initially incubated by Huddle and then had received angel investment by some of the foremost seasoned investors including Alok Mittal, Govindarajan Parthasarathy, Shankar Narayanan, Tejinderpal Miglani, Rohit Chanana, Amit Choudhary, et al.

“Wellversed is redefining the way nutrition and food products are crafted. It is not just another nutrition brand to me, it’s a technological innovation that paves the way for a fundamental change in the entire nutrition ecosystem,” said Yuvraj Singh.