Gaurav Sharma, founder of "Thankyou", comes from a middle-class Brahmin family. He was born and brought up in Chittorgarh. Later in 2002, he moved to Indore with his father. 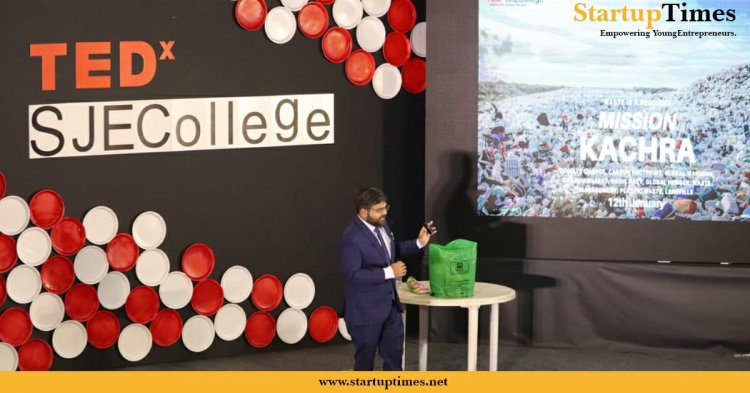 Gaurav has completed his elementary education from Kendriya Vidyalaya. He says he was an introvert during childhood and this was the time when he pushed his boundaries and came out of his comfort zone.

Mentioning one incident, he said that the very first time he went on stage, when he was in class 5, for news reading. "I still remember, I was shaking with nervousness", Gaurav said.

But after this event, he learned which led him to be the Champion of Hindi debate, 4 years in a row (std. 9th-12th).
When Gaurav was in class 10th, he made a group project for the science exhibition and he was selected to represent the project in Chennai.

Gaurav could not represent the project as he was asked to come back home by his family members and his grandmother, who was 92 years old at that time.

On Gaurav's behalf, another school friend of his went to Chennai, for the exhibition and exactly 25 days later, he was getting a certificate and medal for Gaurav's group project.

After the regret of not choosing to represent his group project in the science exhibition, Gaurav was sure that he doesn't want to have a lifetime full of regrets. He decided to move away for better exposure. 2 years later, he moved to Jaipur for engineering.

Within a year in engineering college, Gaurav realized that engineering was not something he wanted to do.
He started exploring parallel options and decided to join an organization named "AIESEC."

In college, he skipped all his 32 examinations, intentionally and never appeared for a single placement, by his choice. He left because he found his joy in "Waste Management" for which initially he had to make his parents understand.

He used to sit around people preparing for UPSC and from those conversations, he came to know about Swachh Bharat Abhiyan. "Government is good in creating awareness but when we talk about long-term Solutions, Private organizations need to step in", Gaurav said. This was the time when Gaurav came up with the idea of creating a company with a vision of creating a solution that is financially viable, easy to use and fully automatic. And "Thank you" was born.