Impact of industrial automation for the manufacturing sector

The past two decades have seen extreme changes in the manufacturing landscape. New technologies are opening a new era in automation for manufacturers- one in which humans and machines will gradually work side by side. 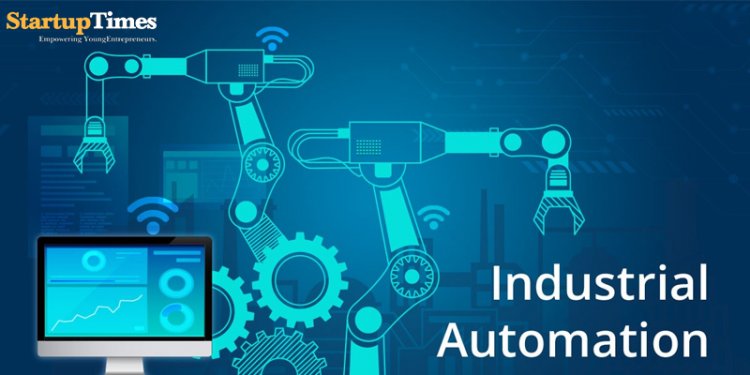 The introduction of smart computers and technology has rendered automation an essential element in gaining a competitive advantage in today’s local and global manufacturing environment.

It’s challenging to calculate how technology will progress in the future when it comes to the manufacturing sector – however, one thing is clear: automation will play a big role.

Let us have a look at how this element impacts manufacturing and the many benefits or difficulties it entails.

Application of automation in industries

Automation can take many different forms in the manufacturing industry. Particularly, manufacturers rely on three types of automation systems — fixed, programmable and flexible:

Fixed: Fixed automation is designed to perform a single function. If you have an assembly line that is only used to make one product in one particular way, fixed automation can be used. Since it’s designed to do just one thing, it’s able to do it with thoroughgoing efficiency.

Programmable: It is designed to perform multiple functions. If you want to manufacture a wide variety of things within a short period of time, you can use programmable automation to reprogram the solution to create different products. The downside to this type of automation is that it takes a weighty amount of time to reprogram it, during which you’re not producing anything.

Flexible: Flexible automation is the central ground between fixed and programmable automation. While you can reprogram it to perform different functions, it’s only designed to work for a limited array of products. This feature allows you to use it for more than one product without taking vast chunks of time to reprogram it.

When used correctly, automation can benefit the manufacturing industry significantly in several ways:-

Reduced production time: Since machinery is able to function more swiftly and efficiently than human workers in most cases, it can help production move quicker.

Higher-volume of production: Machinery can create products in less time and produce more of them within a given time setting.

Less human error: Human workers are vulnerable to misjudgment and obliviousness, but these kind mistakes are not very common with machines.

Increased safety: Because people don’t have to be as involved with the production process, they’re able to stay safer. If something goes wrong on the assembly line, the worst-case scenario may be a damaged machine part rather than an injured worker.

Despite having ground-breaking benefits, automation still has some noteworthy pitfalls:-

Limited flexibility: Machines may be efficient, but they don’t have the versatility or creativity of human beings. If the slightest thing goes wrong, they will stop working properly, whereas human workers can apply ingenuity to tackle the problem.

More pollution: Some automation results in higher pollution as it burns fuel and uses energy, depending on the machinery being used.

High initial cost: Automation can save manufacturers’ money in the long run as they don’t have to pay so many workers, but when it comes to the upfront cost of purchasing the technology, it can be extremely expensive.

While labour reduction is considered to be beneficial for a company, many workers feel threatened with the growing popularity of automation. The fear that machines and computers would take the place of human labour drove their distress.

According to experts, the next few decades will see 60 percent of all businesses converting 30 percent of their tasks to automation. Additionally, more human-like automation is expected to appear — particularly in the field of artificial intelligence — to handle jobs formerly limited to human workers.

The dawn of automation won’t just affect manufacturing. Healthcare, package deliveries and transportation are just a few industries expected to experience this move to automation. Manufacturing sector will be right beside them to lead the way into our technological future.

How Did Sensex Crashes Over 1300 Points Nifty Become the Best? Find Out.