Innoventix Solutions, under the leadership of Mr. Amar Dave, delivers the best IT solutions within the required timeline and their clients are always pleased with the results. The company always stands up to the expectations, leaving no room for criticism. 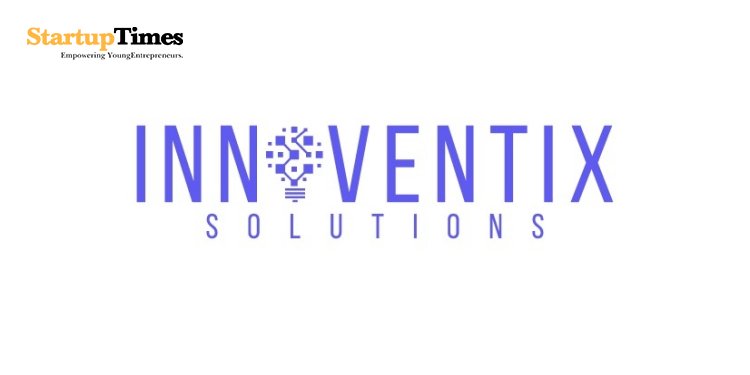 Innoventix Solutions is a team of experts that provides a complete range of web solutions including SharePoint, Office 365 consulting, mobile apps development and web application development to its clients across the globe and make their business stand out.

With more than 14 years of experience working in web development spread across a variety of technologies including SharePoint, SharePoint Consulting, Flutter Development, WordPress, iOS and Android Mobile Apps and Microsoft office 365, the company never ceases to deliver a killer solution to your dream idea.

Born in Gujarat, Amar completed his bachelors in engineering from a government college in Modasa, Gujarat. He further pursued his masters from Fairleigh Dickinson University in the United States in 2008.

To kick-start his journey, he joined a small firm in New York working as a Microsoft Consultant. After working there for 3 years, his father passed away which put him in a dilemma as to whether he should stay back in the US or come home. Eventually, he had to return to India to cater to his family.

Back in USA, he started searching for jobs which landed him in Ernst and Young where he worked as a Microsoft SharePoint Consultant. After working there for 5 years, he realized that he wanted to start something of his own and began his entrepreneurial journey.

The beginning of Innoventix Solutions and challenges faced

Leaving a well-paying job in the US, coming back to India and starting a company from scratch is an inspirational thing.

“Initially, I had the idea of setting up a service-based business and parallelly start a product-based company,” Amar said.

He faced funding issues at the beginning because no one wanted to invest in a fresh company. To make matters worse, resources also didn’t want to join a new company as they wanted to work with funded startups and established businesses. This led Amar to hire freshers-out-of-college.

While working on the website development and mobile-app development projects, he realized that every other IT company in Ahmedabad was providing this service. He started brainstorming ideas to establish a unique identity for his business where his presence of mind came in handy.

At that time, Google had come up with the much talked-about UI toolkit Flutter and in competition was React Native from Facebook. Since mobile-app development for a single developer was not suitable for companies, they kept asking to provide for both Android and iOS and hire developers for the same. However, iOS developers came out to be very costly. So, Amar decided to switch to any cross-platform app development like Flutter, React Native or more.

Amar trained the senior developers in his team in Flutter and React Native and they were proficient enough to teach the group of junior developers. Simultaneously, Amar started to hire freelancers to escape the cost of recruiting Microsoft-experienced experts.

They were able to provide iOS and Android deliverables by using Flutter. This gave an edge to the company over its competitors because most companies in the Ahmedabad market were focused on older technologies. After that, there was no stopping it.

What keeps him motivated?

“My ideology is if you don’t try, you won’t know where you can end up. It’s better to have a chance rather than no chances at all. Trying is everything and that is what kept me motivated,” Amar believes.

Moreover, he had responsibilities to take care of his family after his father’s demise which made him never give up on his dreams.

He had his son in 2013 who became his absolute strength and a major driving force in his journey.

Even though the company is profitable, it is now in a position where it requires experienced professionals instead of freelancers, which will require a degree of flexibility of funding in the company.

Therefore, according to Amar, he is currently focusing on tapping some funding source, a co-partner or a business strategist partner who can pour some capital into the business.

He remarked, “I am eyeing 10X growth in the coming years which will require high-skilled and experienced resources. Once I have the right funding to get such resources onboard, the work will definitely multiply exponentially.”

“Diving into the unknown is the key to success. It will surely be uncomfortable to step out of your comfort zone but it is worth TRYING. Don’t fear rejections, instead, use them as motivators to move forward,” Amar advocates.