Most of us have spent our lockdown phase playing Ludo King with our friends and family on our mobiles. This led to the massive success of the startup smashing all the mobile gaming records. 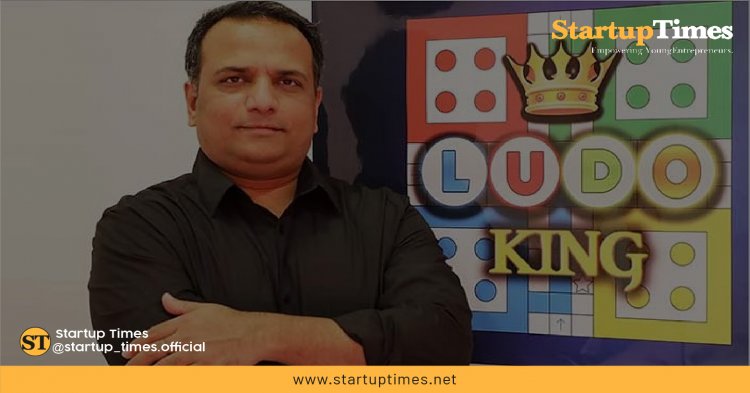 Ludo King was a startup by Vikash Jaiswal. Losing his father at a very young age, he reminisces those childhood days when no one asked him his ambition in life. The little kid made up his mind to be rich and growing up he realized that IT engineers earn well. So, he determines to take up computer engineering. From the very childhood, he was inquisitive about digital games.

While other students watched movies on PC, Vikash utilized his time in accumulating free software that came with computer magazines. His childhood dream came true when he found a free gaming software. This led to the development of Eggy Boy, a video game that was recognized as ‘game of the month’ from various magazines.

His journey started with the realization that he was born to work in a gaming company. He joined IndiaGame which was later sold to Disney. Later he quitted his job and in 2010 inaugurated a small office comprising 6 members. His hard work paid off and in 2013 the idea of Ludo King pitched in his mind.

In 2016 LudoKing was launched and since then it didn’t budge from its top position in the Indian game. The coronavirus added to the victory of Ludo King. It had recently recognized Sonu Sood, actor and humanitarian as his brand ambassador.

In the last four years, Ludo king had triumphed over top games like Candy Crush, Saga, PUBG, Clash of Clan, Subway Surfers, Temple Run and various other games in India.

German startup Dryad gets €10.5 million for its rapidly spreading fire...

Why Swiggy's advantage in Rapido is a masterstroke

Fuzia- empowering women through the fusion of cultures and ideas!