Skyroot Aerospace, a Hyderabad-based space technology startup, announced today that it has signed a memorandum of understanding (MoU) with the Department of Space (DoS), making it the first Indian private space technology firm to do so. 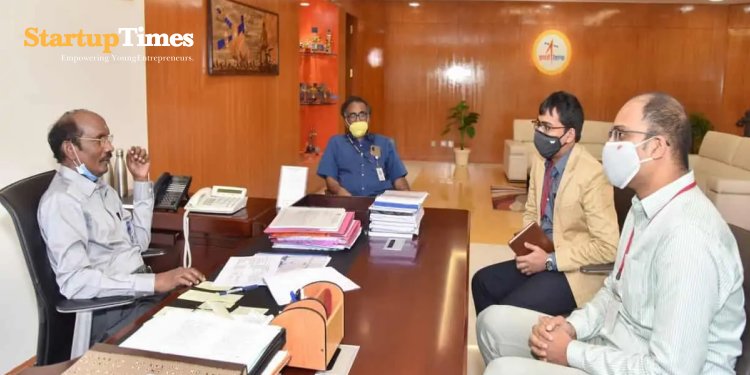 Skyroot Aerospace will benefit from Indian Space Research Organisation (ISRO) resources and expertise in the development and testing of space launch vehicle subsystems and systems as part of the collaboration.

“We formally signed up with ISRO,” the space tech startup announced in a tweet. This is the start of a historic journey we'll take together. Our hardware will be delivered to ISRO facilities for testing shortly.”

According to a statement, the framework MoU would allow Skyroot to conduct several tests and gain access to various ISRO facilities, as well as use ISRO's technical experience to test and qualify its space launch vehicle systems and subsystems.

The news comes less than a month after the company reported that its Kalam-5 solid-propulsion rocket stage had successfully completed a test flight. At the time, the company also stated that it was raising $15 million in investment for the year 2021.

Skyroot Aerospace has raised $4.3 million in funding from investors such as Mukesh Bansal, Vedantu Investments, and Solar Industries since its establishment. It's the first Vikram-I vehicle in development, with a December 2021 release date.

Late in December 2020, the startup became the first private sector company in India to test-fire a solid rocket propulsion stage built of lighter carbon composite material. This, combined with ISRO's testing of a large third-stage engine and other rocket motors, will move the agency closer to its first launch in December 2021.

It plans to construct three rockets to launch a variety of satellites into orbit. The Vikram I rocket will launch small satellites, while the Vikram II and III rockets, which will debut later, will be used for larger payloads and higher altitudes.