An Austria-based company started in 1987 to sell energy drinks has made a bench mark by its unexpected growth across the globe hitting the revenue of 6.31 billion euros worldwide in FY21. The legendary company is Red Bull. 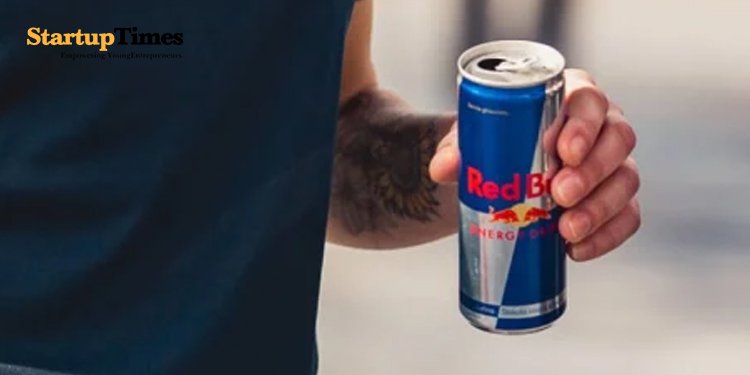 Red Bull is an Austria-based company commenced in 1987 by Dietrich Mateschitz. The company sells one energy drink that mainly targets the youth segment. The energy drink contains taurine (an amino acid), the beverage is sold in a slim, attractive silver-coloured cane.  The drink has performed exceptionally since the last decade and has been an enormous hit among the youth segment across the globe.

In the year 2001, Red Bull captured a huge sales revenue of $51 million in the United States alone and claimed 70% of the energy-drink market worldwide.

Since the birth of the company, Mateschitz has extensively invested in building its brand name in a few countries. In America, Red Bull enjoyed a 47% share in the market along with a growing graph of 40% annually. Initially, the company had only 1850 employees. In the Nineties, Red Bull brought a revolution by launching the berry-flavoured beverage, spiked with unrevealed additives like taurine and glucuronolactone. Being first in the market with their innovation, Red Bull bagged the title of trendiest drink in the club in Europe which is served with Vodka.

Priced at $2 for an 8.3 ounce can which is far cheaper than that for a 12-ounce Coke can, also its 80 milligrams of caffeine catches more energy than a double dose of Coke’s large serving. Red Bull sold approx 1.5 million cans in a year over 70 countries across the globe. Red Bull was initially grown in Thailand, and then it became famous in different countries.

In the International market, the energy drink is packaged in silver and blue cans that have two red bulls fighting in Buddhist-inspired colours that portray energy drink using sassy advertisement spots and the catchphrase “RED BULL GIVES YOU WINGS.”

Since its introduction Red Bull in 1987 unlike other brands Red Bull opted for unconventional and non-traditional methods of advertising and somehow those techniques worked and paid off.

In 2003, the beverage mogul was welcomed to its billionaires’ list by Forbes magazine.

Mateschitz in an interview stated that “When we first started, we said there is no existing market for Red Bull. But Red Bull will create it. And this is what finally became true.”

Mateschitz worked upon the drink’s formula for three years and developed a marketing strategy. The Thai drink was named Krating Daeng( red water buffalo). But considering the western market, he preferred Red Bull as the energy drink’s name. He decided to carbonate the drink in order to make it more suitable to wester plates and pack it in a slim silver blue can.

He didn’t alter the key ingredients in the composition of the drink that is an amino acid called taurine, caffeine, and a carbohydrate called glucuronolactone.

Red Bull always tried unconventional ways of marketing its product across the globe. Among the various techniques, guerrilla marketing was one of the successful marketing tactics companies applied. The company also offered free samples to students parties for promotion.

The company launched a new line of beverages without caffeine in 2018. The Company has sold a cumulative 75 billion cans since its onboarding in the market.

In 2020, the energy drink selling company Red Bull has clocked a revenue of 6.31 billion euros worldwide. In 2020, Red Bull was the leading energy drink in the United States.

Log 9 Materials raises $8.5M in Series A+ round led by Amara Raj Batteries