Swedish music streaming giant Spotify declared that it is expanding its exclusive ‘Music+Talk’ feature to countries, including India, releasing a new series of shows that will be a blend of music and talks. 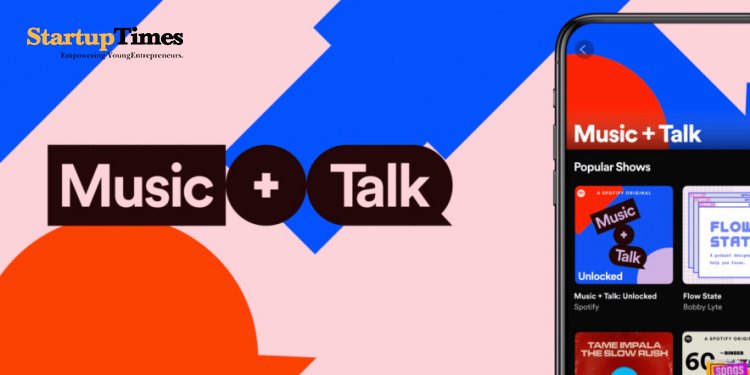 Reported by the BusinessLine, the feature enables creators to add full-length music tracks alongside their talk segments from the Spotify's catalog songs.

“This is the first time Spotify is presenting a totally brand new experience for creators that brings together music and spoken-word content in an easy and elegant package — exclusively via Anchor and Spotify,” the company added in a statement.

In addition to India, the new feature will also be available in foreign countries including Japan, the Philippines, Indonesia, France, Germany, Spain, Italy,Chile, Argentina, the Netherlands, Sweden, Mexico, Brazil, and Colombia.

Creators in this market segment will now have this “Music” tool in Anchor, where they can incorporate full tracks from Spotify’s library of 70 Mn tracks into their spoken-word audio creations. As for listeners, they can communicate directly with the music within an episode by gestures liking, saving, and sharing with each track as they would in any playlist, Spotify explained in a blog post.

Good news for Spotify premium users, they will have access to the full version of the tracks, free users will only be able to hear 30-second previews of each song. Shows can be enjoyed globally wherever Spotify is available.

Preceding this in March, Spotify had declared that India is one among the emerging eight new markets this year where it will expand its ”Sound Up” initiative to bring forward underrepresented podcasters and is also joining 12 languages as the music streaming platform looks to expand its position in the country”s burgeoning digital content consumption market.

On successfully completing two years in the Indian market, this February, Spotify said that 90% of podcast listeners from India are below the age of 35. It added that the number of podcasts created on Anchor in India have skyrocketed by 80x in a span of one year from February 2020 to February 2021.