Sumit Srivastawa- a guiding light for Entrepreneurs. He is the CEO of STARTUP CHAUPAL- a firm who makes the dreams come true.

“Knowledge and mastery is extremely necessary for the start up of a new venture.” When we talk about success...failure is not its opposite rather it is its part. The case is same with Mr. Sumit. Before stepping into ‘Start up Chaupal’, he struggled for many different businesses. 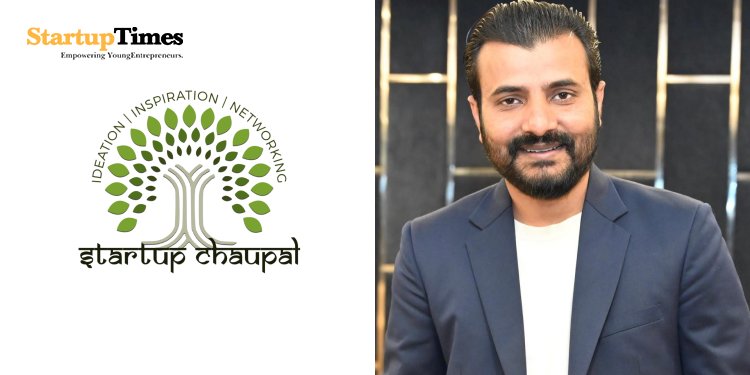 “Knowledge and mastery is extremely necessary for the start up of a new venture.” When we talk about success...failure is not its opposite rather it is its part. The case is same with Mr. Sumit. Before stepping into ‘Start up Chaupal’, he struggled for many different businesses. However, due to lack of knowledge it didn’t work up to the mark. After exploring and discussing with many other people in 2017, he came to the conclusion to do a bit for the new age entrepreneurs. Therefore, to proceed further, he started executing events wherein he used to call resourceful persons from far off places to conduct it. Every event he organised made him learnt more and more. After 2 years of conscientious crushing and grinding, he was carved beautifully into a proficient persona. Being aware of the business criteria and incubation program, he structured the layout and eventually he executed it fruitfully. At present, Mr. Sumit is working wonderfully with many other investors and partners across the globe.

Prior to the commencement of this business, Mr.Sumit was collaborated with several other reputed firms. Subsequently, he delivered lectures in the colleges where he met a number of enthusiastic students who had lots of zeal and are ambitious but are not aware of the right path to ahead. These aspirants were in search of a helping hand, there, Mr. Sumit thought he would be the right person for the same. Then clicked the idea to unveil the Chaupal for these applicants wherein they can begin the new life of their own choice. Hence, ‘Start up Chaupal’ is a platform which can provide support and assistance to the beginners.

2. CHALLENGE FACED AND HOW IT WAS OVERCOME-

Challenges are the steps and stairs to touch the sky. His prime call was to hunt righteous resources, ethical mentors, subject matter experts and virtuous investors. To track them, he initiated numerous events and started making connections with the people around the country and eventually around the globe. The action of integrating the experts into his organization proved fruitful. His activeness and passion about his work created bombastic amongst the individuals, henceforth, they begun joining his promising firm. The next call was visualization. He assured and guaranteed the clients to deliver more and talk less. His word of honour was appreciated as he pledged to work as a team and will show no dominancy. He genuinely vowed to empathize with the start ups.

3. THINGS THAT KEPT HIM GOING-

His happy and satisfied customers made him leap bound in his business. He was overwhelmed when he saw his theory coming into action by the start ups. Contentment of the aspirants filled his heart with joy. In his portfolio, there are a number of aspirants that came up with just an idea, nevertheless, with the funding and assistance provided by Mr. Sumit, now they are an established firm.

4.  HIS VISION FOR THE FUTURE-

Currently, ‘Start up Chaupal’ comes under the category of leading incubators and Angel networks across India. To a count of more than 200 clients have commenced their business with the guidance and monetary support provided to them by Mr.Sumit which is applaudable. Around 25 promising start-ups are in the pipeline. His Angel network has numerous investors and experts from across the country associated with him. He is looking forward to join hands with the persons all over the globe to give the beginners a vast platform.

“Success is not final, failure is not fatal, it is the courage to continue that counts.” Keep looking forward and stop turning behind. Bygone - is- bygosne. With continual perseverance and tenacity, money will follow you. His mantra of life is – “Find compatible people and stick with them, then, success will follow you.”