SideUp currently serves 2,000 e-commerce businesses, which can use its credit and cash collection service to grow 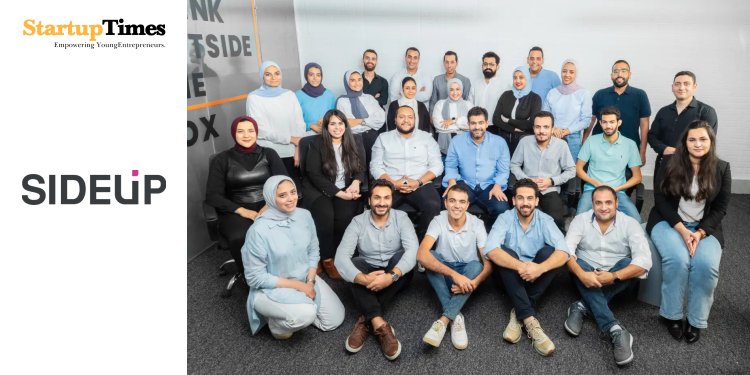 Egypt's Voo has changed its name to SideUp and changed its strategy to provide a comprehensive range of e-commerce support services, including payment gateways, API integration for shipping, warehousing, fulfillment, and advisory, after four years of primarily being a logistics marketplace.

After raising $1.2 million in seed funding, the startup has also expanded to Saudi Arabia, where it will now be headquartered.Launch Africa VC, 500 Global, Riyadh Angels, Alex Angels, Al Tuwaijri Fund, and Saudi angel investor Faisal AlAbdulsalam participated in this most recent round.

Waleed Rashed, the CEO and founder of SideUp, told that he was inspired to connect small businesses with e-commerce support after realizing that large service providers ignored them.

There is a lot of talk about how e-commerce is growing, but not enough micro, small, and medium-sized businesses (MSME) are empowered to sell online. Rashed stated, "To be successful, merchants require numerous services and an entire ecosystem."

I chose to empower small and medium-sized businesses for this reason; SideUp is for businesses in the village that sell products over social media platforms like Instagram, Facebook, or WhatsApp .After a career in banking, Rashed founded Ingez, an errands company that gave him firsthand experience in running an e-commerce business, in 2012. "They get access to all the services starting from the courier company, warehousing and fulfillment, to marketing services," he said.

"During the four years, I learned a lot about ecommerce, operations, and logistics. Rashed, who founded SideUp following Exiting Ingez to address issues faced by small businesses and assist them in scaling, stated, "I saw how small businesses, because they lacked volume, were not a priority for big logistics companies."

SideUp currently serves 2,000 e-commerce businesses, which can use its credit and cash collection service to grow. Over $500,000 in monthly Gross Merchandise Volume has been achieved as a result of its portfolio's 30% month-over-month growth.

Dr. Khalid Al Tawil, co-founder of Riyadh Angels, stated: Internet business stays divided across the greater part of the district, making various difficulties for entrepreneurs. By providing them with a single location from which they can access partners and technology, SideUp's platform represents a significant advancement. We are eager to see them come to Saudi Arabia and backing organizations through their next period of development."

The company now intends to capitalize on the burgeoning e-commerce sector in various regions by scaling in Egypt and Saudi Arabia and expanding to at least two additional nations by the end of 2023.

A Mordor Intelligence report indicates that as more businesses embrace e-commerce, the Middle East and Africa e-commerce markets will expand by more than 11.5 percent over the next five years. This growth will be supported by smartphone and internet penetration, urbanization, mobile shopping, and mobile shopping.