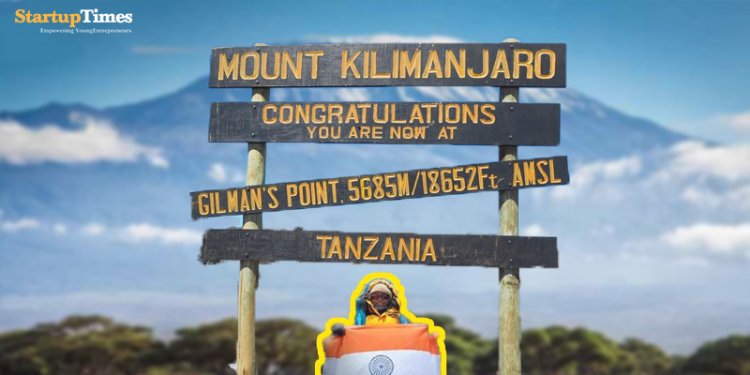 Kadapala Rithvika, daughter of a cricket coach for special Olympics, Kadapala Sankar, climbed to Gilman’s point at 5,681 metres above sea level on February 26. The Class 2 student climbed to Gilman's Point at 5,681 metres above mean sea level with her father and guide. By completing this feat, Rithvika has become one of the youngest persons to scale the mountain, which is located in Tanzania.

Sankar, a coach at Rural Development Trust Stadium in Anantapur, had climbed the peak in Tanzania on January 24, 2020. This year he took his daughter along with him, reported The Hindu.

AS officer Gandham Chandrudu applauded the young girl's achievement in a tweet shared on Sunday."Congratulations to Ritwika Sree of Anantapur for becoming the world's second youngest and Asia's youngest girl to scale Mt Kilimanjaro. You have grabbed the opportunities despite many odds. Keep inspiring," Gandham Chandrudu said.

Rithvika participated in Level 1 training at the Rock Climbing School in Telangana and Level 2 training in Ladakh before embarking on the quest to conquer Kilimanjaro.

"Rithvika Sri took part in the mountaineering expedition with enthusiasm and she could make it in her first attempt," her father said.

Aphro, a brand providing luxury perfumes with a vision of its own