The five-year-old Swedish battery startup is already valued at $11.75bn. Can Europe bank on its battery solutions? 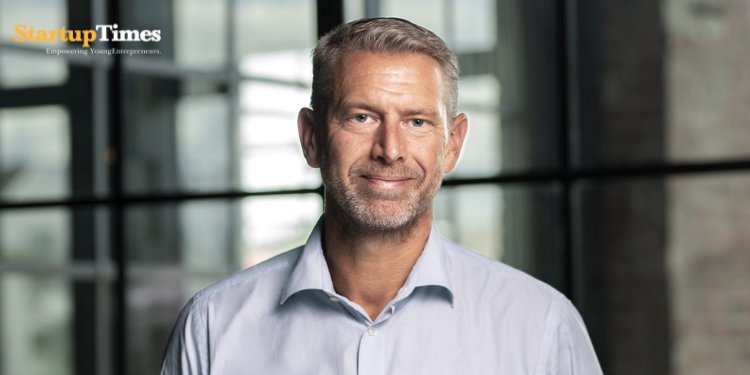 In the heart of Swedish Northlands, just three hours drive from the Arctic Circle, a former Tesla manager is building a battery factory so large it would fill 100 football pitches and produce enough power to light 6bn light bulbs a year.

The mammoth undertaking by Northvolt — which has just raised $2.75bn at an $11.75bn valuation to bring this factory in Skellefteå and other factories elsewhere in Europe to life — is the great hope of not just of the company, but also the entire European car industry.

Founder Peter Carlsson, previously head of supply chain at Tesla, says Northvolt’s operations will be able to supply a vast number of batteries in a way that is more ecofriendly than most, given its ability to recycle old batteries.

“The European car industry really wanted to find a European champion,” he says.

“What is unique with the path that we have chosen, versus where most of the industry has gone, is that rather than using a furnace to melt and recycle the nickel and cobalt, we have gone [down] the hydrometallurgical path.”

The startup makes lithium-ion batteries with 80% less CO₂ emitted compared to equivalent options on the market, it says, and it has already struck $27bn worth of deals with automotive companies including Volvo, Volkswagen, BMW and Swedish truck manufacturer Scania.

In February, micromobility startup Tier announced it was partnering with Northvolt to get 5k electric scooters powered by Northvolt batteries on the road by the end of this year.

As the electric vehicle sector skyrockets, experts have increasingly become concerned that the problem of oil-guzzling engines is soon to be replaced with a new issue: what to do with the millions of lithium-ion batteries made to be put in these cars.

By 2030, analysts predict there will be around 145m EVs trundling along the world’s roads, up from just 11m in 2020. Meanwhile, micromobility solutions such as scooters and electric bikes — also powered by rechargeable batteries — are receiving huge amounts of investment from VCs.

Ailin Huang, Tier’s head of sustainability, says the search for more sustainable battery solutions is top of mind for electric scooter companies — “because if we don’t solve these issues, we will effectively end up with the same issue we have with fossil fuels, but batteries.”

She says Northvolt makes a compelling partner not necessarily because the batteries themselves are particularly special, but because of its proximity (Tier currently ships its batteries from Asia), and the way it plans to combine both the production and recycling of batteries.

“They are building up their own material stream of secondary resources from recycled batteries,” she says. “And they’re [hoping to] achieve economies of scale that other recycling companies probably won’t be able to.”

For EV makers, the R&D race has shifted from finding batteries that will allow cars to travel as far as possible to finding more sustainable solutions, says Sebastian Peck, managing director of InMotion Ventures, Jaguar Land Rover’s VC arm. “There’s a huge leap people have made in the last 18 to 24 months, recognising that batteries aren’t a liability. There are plenty of interesting ways to use batteries, and second-life applications,” he says.

There are three big problems when it comes to batteries. First, the materials they are made from (the rare metal cobalt, for example, accounts for about 20% of the average lithium-ion battery); second, the inefficiency of the supply chain itself (shipping lithium-ion batteries from China, the market-leading producer, to be used in Europe has an enormous environmental toll); and finally, the energy-intensive nature of both battery production and recycling.

Northvolt has answers to many of these problems.

Its factory in Northern Sweden runs on 100% renewable hydropower and it’s far closer to its European customers than the Chinese or American companies they might otherwise work with. Plus, its use of hydrometallurgy (where metals are separated using water rather than melting them down in furnaces) to extract the raw minerals of the batteries means that 97% of the materials — including, crucially, the lithium — can be reused.

Governments across Europe are also under pressure to address this impending power problem. A May report from EU-funded waste management project CEWASTE recommended that EU countries put laws in place to require companies to recycle the critical metals in their products, finding that recycling rates for these materials are currently “close to zero”.

2024: A make-or-break year for Northvolt

Its factory in Skellefteå is a hugely ambitious project. The finished site will be 500,000sqm in size — larger than the old town of Stockholm — with the capacity to produce up to 60 gigawatt hours of power per year. Carlsson puts the cost of construction of this beast at “$100m per gigawatt hour”. This week, Northvolt announced that it has signed a deal with Volvo to create a second gigafactory in Europe, with green energy hubs like Finland and Norway reportedly on the cards.

“You need a fairly sizeable area — these plants are pretty big — and the energy aspect is pretty important,” Carlsson says. “If you look at the energy mixes in combination with where the customer is, that’s Northern Europe.”

The locations of these factories poses one of the biggest challenges that Northvolt has coming its way. How do you convince the thousands of people needed to manage, operate and optimise a high output gigafactory to relocate to just outside the Arctic Circle?

This is the question that currently keeps Carlsson awake at night, and he predicts that within a few years, “this industry is going to be challenged with a talent shortage.”

In the run-up to its make-or-break year — among other deals, from 2024 Northvolt has promised to deliver 15 gigawatt hours of batteries per year to Volvo, $2.3bn-worth to BMW, and kick off delivery on a $14bn, 10-year contract with Volkswagen — the company will have to consider things far beyond its immediate control, such as whether or not there is enough housing in Skellefteå, a small city with a population of 32,775, for the 10k workers it hopes to bring in.

“It both makes it exciting — but sometimes makes it difficult to sleep,” Carlsson says.

Ghazal Alagh - The founder of Mamaearth