Dalda- How an England brand became a monopoly in Early India

Dada is the Dutch company that brought Vanaspati ghee into India in the 1930s as an affordable substitute for desi ghee which is comparatively cheaper.The product was a symbol of purity and claimed to be a cooking medium that makes the food more delicious and enhances its taste. 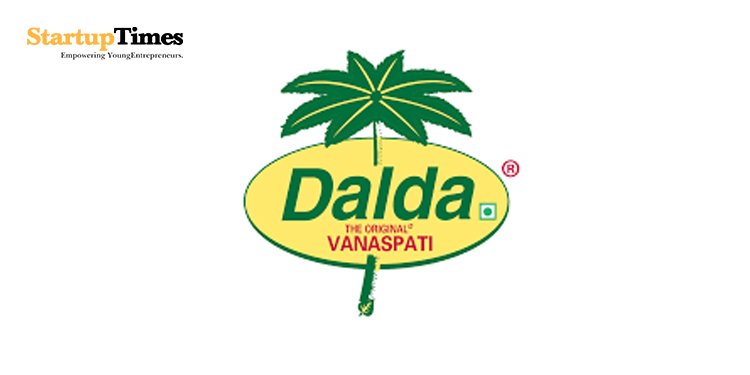 Try asking your grandparents about the yellow cane with green palm tree printed on it, they would hardly take a minute to answer, “Dalda”? That was the monopoly of Dalda during the ‘90s in India.

The England brand Dada, founded by Lever Brothers, knew there was a potential market for a substitute cheaper than ghee as every family can’t afford it. If England’s Brothers were not insisted to insert L in the name, then perhaps, one of India's monopoly Vanaspati ghee would have been recognised as Dada.

Entry and Initial Journey in India

Dada is the Dutch company that brought Vanaspati ghee into India in the 1930s as an affordable substitute for desi ghee which is comparatively cheaper. Hydrogenated vegetable oil was introduced by the Dutch brother which later becomes highly successful.

Gradually, when the sales were shooting up, the Lever brothers incorporated a company called Hindustan Vanaspati Manufacturing Company today known as Hindustan Unilever Ltd for producing vanaspati ghee in India. A factory was established in Sewri, today’s Greater Mumbai, and finally, Dalda was introduced in the Indian market to officially sell in 1937.

The product was a symbol of purity and claimed to be a cooking medium that makes the food more delicious and enhances its taste. Dalda was new to the Indians to make a permanent place in the daily life of the masses, the product was marketed with innovative strategies. Lintas- An ad agency that took the responsibility of marketing Dalda. Lintas was credited for running and creating India’s First multi-media advertising campaign- The Dalda Campaign. The campaign focused on connecting the customers on the ground level. In the city, roadside stalls had men preparing tasty snacks and offering them to the by-passers, it was also documented as a short film and was screened in the theatre. A van that is tin shaped used to roam around the streets. Attractive leaflets were handed out and small tins of vanaspati were sold. The crowd was encouraged to smell, touch and taste the product. In villages, storytellers were assigned to kickstart and talk about Dalda. Considering the different needs and requirements, different customers were targeted using different packaging- hotels and restaurants were offered large cans, similarly, individual customers were provided with small cans.

The vision of the company was to project Dalda as a cheaper alternative to ghee yet tasty. The strategy paid off soon. Striking the main issue in almost every household has made the Dalda a big hit in India. People were convinced with their beliefs that Dalda would provide the same taste as ghee without compromising on the purity yet cheaper in price.

The brand was a complete monopoly till the 1980s. Although in between Dalda got trapped into various controversies. In the 1950s, there was an opinion spreading among the general masses to ban the product as it is false ghee- An adulteration of desi ghee which is harmful to health. A nationwide personality, then prime minister Jawahar Lal Nehru, called for an opinion poll. A committee was appointed to bring up the solutions for preventing the adulteration of ghee but sadly no solutions were suggested. The news faded up with time but again in the 1990s, Dalda was alleged that it contained ‘animal’ fat.

By this time, people started getting aware of the harm by the trans-fats in hydrogenated oils, majorly because it increases bad cholesterol and reduces good cholesterol, increasing the risk of heart attacks.

In the meanwhile, clean, cheaper and healthier edible oils were launched in the market. Vegetable oils like groundnut oil, sunflower oil, palm oil and mustard oil started getting the attention of the general masses and started snatching the Dalda’s share.

The brand changed the lifestyle of people’s eating during that time and was bought by Bunge Ltd.- A global agribusiness major, in 2003. It captured the Dalda brand. Although the market of the product has shrunken at a large scale, Bunge didn't give up and worked upon it according to the changing preferences and cooking patterns.

Bunge introduced a range of edible oils as a new launch in the highly competitive market.

The packaging has also been improvised citing ingredients and nutritional value of the oil on the package.

In 2015, during the holy annual Jagannath Yatra came up with a unique ‘Out of Home’ campaign Titled Bhajan se bhojan tak. The campaign was successful and Dalda felt its presence during that time. But with time, Dalda has lost the monopoly and popularity that it had gripped upon at a time.

Bessemer doubles down on Indian startups with new dedicated $220 million...