The story of a young independent woman : Dimple Verma (Whizrobo)

who created her own path and with her believe and determination, turned her dreams into reality. 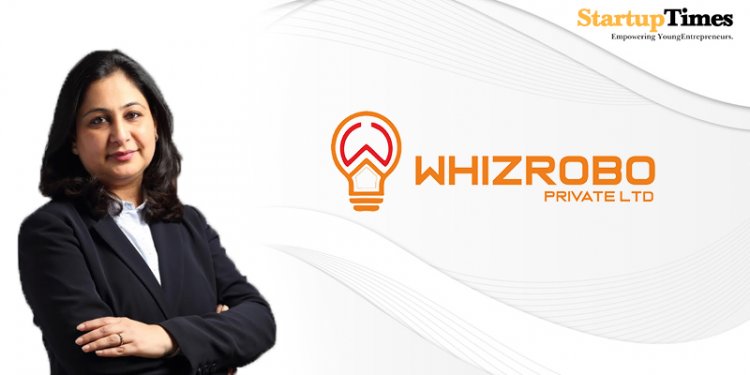 Just like a caterpillar breaks out of its chrysalis and turns out into a butterfly; she broke out her doubts and insecurities and grew up as a leader, an innovator and above all “an independent woman”.

The story is about a young woman entrepreneur, DIMPLE VERMA, CEO and Co-Founder of “WHIZROBO PRIVATE LIMITED”

Her journey as an entrepreneur begins with her interest in Science and Technology. She chose to empower herself through education, and then with her hard work and dedication, she made her way to the greater heights.

Dimple Verma along with her husband Mr. Naveen Verma founded WHIZROBO in year 2016 after doing immense research in the field of Robotics. WHIZROBO was established as an EdTech company that offers training in future-oriented skills like Artificial Intelligence, STEM and Robotics. WHIZROBO aims at transforming the current education system by introducing STEM education through robotics and imparting 21st-century skills.

Under the leadership of Mrs. Dimple Verma , WHIZROBO not only progressed as an institute providing World-class learning environment to Young Robocists, but also established as an authorized vendor to set up Atal Tinkering labs in schools all over India. It has also gained recognition at prestigious National and International platforms including the World Robotics Championship and India Book of Records. Today, WHIZROBO is not only limited to offering training to the K-12 students but also actively engaged in offering STEM and Robotics kits, organizing Robotics workshops and Competitions to Schools.

The progress of this wonder-woman led organisation doesn’t end merely here. As a part of its further achievements, WHIZROBO also collaborated with Intel as Technology Providing Partner to set up AI labs in schools over Punjab and Chandigarh. WHIZROBO was also awarded Gold in Education category by the Finance Minister of Punjab.

Dimple says Whizrobo’s USP is its customised age-appropriate robotics kits, which are cost-effective and help in practical learning of science and mathematics. It also helps set up Robotics Labs and Clubs for K-12 students in schools.

WHIZROBO has trained more than 20,000 national and international students by now and has become a leading name in Robotics Industry.

And we’re sure that with Mrs Dimple’s guidance and its exceptionally proficient team, WHIZROBO is surely going to reach out to students to enhance their skills and prepare them for the Future.

We wish good luck to Dimple and WHIZROBO team!

Even Covid couldn’t terminate startups from prospering in Gujrat