Microsoft Windows 11 leaked A purported leaked build of Microsoft’s Windows 11 appeared online on June 15 2021. The look was first seen in screenshots that were circulated by the Chinese site Baidu. 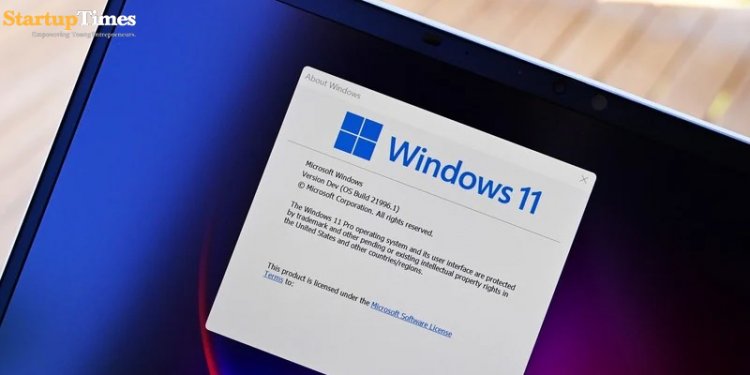 Microsoft Japan has sent a DMCA notice to Google. The DMCA notice requests Google to remove Beebom‘s page from google search results for the reason that Beebom’s article is distributing Windows 11 ISO which is a problem for the company as it is a leaked copy of the unreleased Windows 11. This DMCA claim confirms that the leak is, in fact, certain.

The leak has revealed what will likely become Microsoft’s default wallpaper and a plethora of new wallpapers that are bundled with the OS. One of the first things that people noticed was that the new OS looks very similar to Windows 10X. The menus now have rounded corners and there are some new snap tools to increase multitasking capabilities. There is a new look of the start menu, a different menu location, now featured in the middle of the taskbar, among other things.

Although Microsoft has confirmed that it is legit, that doesn’t mean it has all of the company’s intended features. There may be a lot more to come from the launch event, and the finished product may end up looking wildly different. Microsoft is expected to officially announce their newest OS on June 24th 2021 at their scheduled Microsoft Event.

The tech giant- Amazon, is struggling to manage its enormous workforce amid allegations of racial inequity and poor treatment of warehouse workers. A New York Times investigation shows that the company’s manner of managing its people is strained. It was revealed that the retail giant “burned through” workers in firings, delayed benefits and failed communication. The key takeaways regarding Amazon’s turnover concerns are:

The numbers left Amazon executives fearful that the company could run out of hireable employees in the US. During the pandemic last year, with people increasingly turning to Amazon for daily necessities such as toiletries and food, the company heavily strengthened its workforce, bringing in as many as 350,000 employees during the above-mentioned July to October time stretch.

IBM showed off Europe's most powerful quantum computer in the industrial context on 15th June 2021, during an event at its German headquarters. The tagline for the event was "A Quantum Computing Journey in Germany."  The machine is contained in a 9-foot (2.7 meters) tall glass cube to shield the quantum bits from noise and other physical instabilities – to which they can be sensitive.

German Chancellor Dr Angela Merkel was a guest speaker after the opening speech by Dr. Arvind Krishna, CEO, and Chairman of IBM. Moreover, at the start of the project, Merkel pledged to invest 650 million Euros ($788 million USD) over a two-year period.

IBM has over 20 quantum computers installed. It also has a large staff of quantum hardware and software researchers to sustain these machines. The Fraunhofer installation will add a new European quantum hub to the existing IBM Quantum Network. The hub will help build a community of quantum academics, researchers, developers, and industry experts.