A Story on Applying Passion to Profession

It is unfair that somehow we all are forced to follow the prototypical educational system, yet it remains short in securing a decent future. But it’s never too late to carve your path. 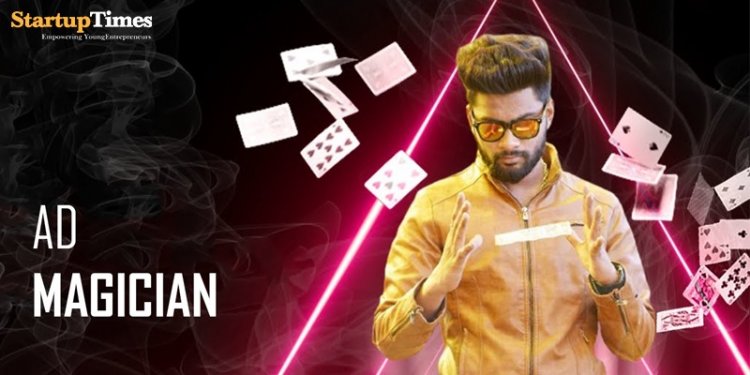 Here is how Aashirvad Dande, a 23-year-old magician from Bhopal managed to discover himself by choosing passion for his profession, he chose to be himself in a world where we consistently seek validation from others.

Aashirvad Dande loved playing cricket and learning magic, but his parents had other plans for him. They wanted him to study well & become an engineer. Although he knew Engineering was not his element, he obeyed his parents & chose to study Science in high school. But because of the parental & societal pressure, Aashirvad was not able to clear his class 12 Boards in the 1st attempt.

His parents were greatly disappointed. However, Aashirvad decided to take a chance on himself & requested his parents to give him 1 year, to follow his heart. They reluctantly agreed but were not supportive of his passions for magic.

He had to spend nights at habibganj Station in bhopal because parents weren't supportive and they asked him to get back home before 10 or else manage on his own because they had their jobs at 9am and they couldn't stay awake the whole night for him.

Ashirwad had to stay at the station from 2 am till 6 am in the morning.

But,he didn't give up, he shares, "I worked at club which changed my life eventually and the parties started at 10pm  which was the peak time of club and ended by 1 or 2."

Thus began Aashirwad Dande's journey. He started approaching clubs & malls in Bhopal for a spot to perform his magic. Most of these performances were unpaid & sometimes he earned as little as ₹100 for a show. He struggled a lot, but never lost hope and worked hard.

Aashirvad decided to switch to Street magic which was more versatile than Old School magic. He observed street magicians who did new world magic & learnt from them. His efforts started attaining recognition and he started getting bookings for private & public shows. At one of these events, he was photographed & featured in the Times of India.

This 1st newspaper feature was a turning point for him but his parents were still not positive about his talent. Slowly, he started getting acknowledged in newspapers like Dainik Bhaskar. And other various media houses approached him for interviews & live shows.

One day, Aashirvad's neighbour came in bearing the news of his feature in one of the newspapers & congratulated his parents for such a talented son. His parents felt proud & gradually started supporting his efforts.

Aashirvad went on to perform in various reality

shows & even participated in India's Got Talent. He is one of a kind performer who has gotten the opportunity to perform for various eminent officers & ministers in the Indian Government.

Aashirvad Dande is a talented magician & a self-made man. He is grateful to his parents who did not support him initially because that taught him the value of struggle & money. Kindness is a virtue that has helped Aashirvad in many of his hard times, and he is thankful to all the people who helped him grow. He is a man who believes in quality over quantity and says that "There are very few people in our lives who are Valuable and we should keep them close at any cost".

Today, Aashirvad is a successful magician who

spreads joy with his magic. He has his own Youtube channel "Magician AD" with over 110K+ subscribers. His journey has taught him a lot. Through the time when he was barely earning 500₹ to owning a superbike worth rupees 10 lakhs at the age of 23. He has struggled a lot for his dreams of magic.

We hope this story of a Mad Magician inspires you to invest in yourself and motivates you to work tirelessly to achieve your goals. "If you have a passion you only have to believe in yourself, and then have to work hard to make your magic".

Magician Aashirvad Dande's never-give-up spirit & his sheer will to work for his dream has helped him find solutions along the way. He believes that we are the master of our destinies, no matter what our circumstances are.

Why this tech startup is decreasing the notification period for representatives...

How Recruitment Platforms Are Helping In Broadcasting Candidates cognitive...