Bengaluru-based wildlife photographer Mithun Hunugund, aged 33, born and brought up amid the jungles of South India, had a knack of being close to wildlife. This passion of being amidst nature was embedded in Mithun from a young age. He always had an interest in the mystical creatures and big cats of the jungle ever since he could remember. 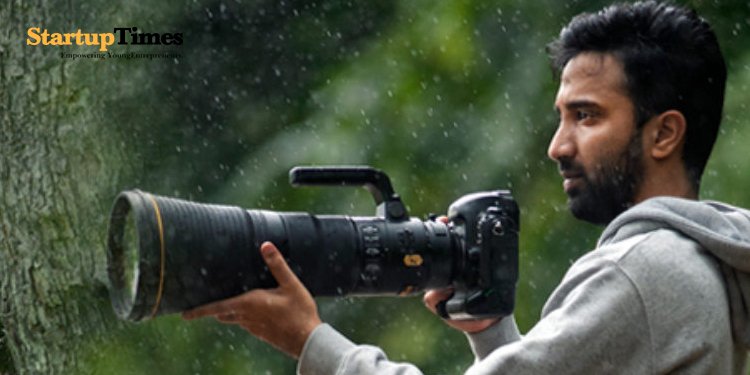 How did he fall in love with wildlife photography?

Mithun grew up in the jungles of Karnataka. His father being a forest officer, he spent most of his childhood near the Dandeli Wildlife Sanctuary – a dense forest that is home to a diversity of animals such as black panthers, monkeys and elephants. He developed an immense fascination for wildlife, his passion for big cats rising with him.

“I have been meticulously following big cats for the past 17 years. I just liked going into the jungle with a pair of binoculars, and when I was seeing so many astounding scenes in the forest, I thought it was time to show the world the beauty of these forests and their creatures. That’s how I got into photography and since then I have never looked back.” he said.

That yearning to see the unexpected and astonishing creatures evoked in him the motivation to pick up a camera to commemorate the moments he encountered in the wild. And, the results he got are nothing short of mesmerizing.

Mithun has taken quite a lot of outstanding images and videos and most of them also went viral online. The feat that he is most proud of is his capture of the “Eternal Couple”, featuring Saaya, the black panther and Cleopatra, the leopardess, taken on his Nikon D5 camera. Saaya means Shadow in Hindi- giving justice to the way the black panther moves like a shadow in the jungle. Cleopatra is the stunning Egyptian Queen, and this leopardess loves to lounge on trees in a royal stance.

After around ten years as a wildlife photographer, Mithun was invited by the National Geographic channel to be a part of their documentary series - ‘The Real Black Panther’, a photo documentary series chronicling the life of Saaya- the only black panther in the Nagarhole National Park in Kabini in Karnataka.

After searching for Saaya and Cleopatra for over a year, the duo appeared in front of Mithun's camera amidst the jungles of Kabini. For Mithun, this sight was nothing less than magical. He called them- very fittingly- ‘the eternal couple”. To say that they are stunning would be an understatement.

“There was certainly a lot of waiting and patience behind that breathtaking picture. I had waited six days in the same spot for that moment. It was a very fruitful wait though. I could even wait for six years for a moment like this,” he exclaimed.

The beauty of wildlife photography

Hunugund said, “Unlike most other forms of photography, wildlife photography has the element of surprise.”

“You never know what you are going to come across at the next bend. You could be waiting for days and months and years for that picture-perfect shot. But when it happens, those few seconds are magical. That is the beauty of wildlife photography,” he added.

Indian Business and entrepreneurs to dedicate a portion of their wealth...