Some people seem to know what they want to do for a living from an early age. Others struggle to find the best fit. You’ve probably heard that the way to find the career path that’s right for you is to “follow your passion.” 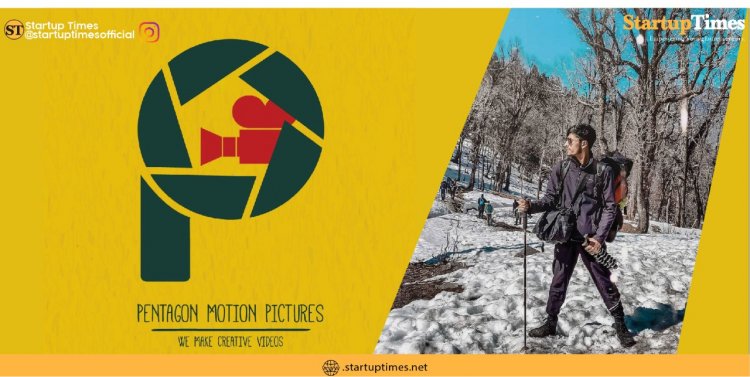 "Pentagon Motion Pictures" founded by Akbar Raza, Creates Commercial  Videos for companies so that they can connect with their Customers easily .

Akbar Raza always wanted to convert his passion into his profession, for which he started working hard from starting . It all started in 2012, when he randomly uploaded a video on youtube talking about his school, because he did not have anything to talk about . One day his teacher introduced him to a Short film making inter school competition. so he participated in that competition and ranked 3rd in it. It was not just a rank 3 certificate for him, it was a life changing moment, because now he knew what he wanted to do in his life.

Akbar Raza was the elder son of his family . His parents wanted him to do engineering . But he was not at all interested in engineering . To fulfill his parents’ desire he did engineering and side by side followed his passion . Beside this, he didn’t have good resources too .But he never lost hope and worked hard. The thing which  kept him going was the belief ”that no matter how difficult the situation is, if you keep putting efforts even when the world is against you, it’ll all start falling into place at some point”.

How Akbar Raza Discovered a new field for himself .

Akbar Raza was into social media a lot .  At that time there was a boom in social media and the best source of advertisement for the brands was through social media. The competition was cutthroat, but the thing which was not common  was the  videographic advertisement and he also saw that these advertisements were not very professional for the big car dealers. Because there was no difference between the commercial of a  common man selling his product and a big car dealer doing that, he contacted big dealers and provided them the "professionalism" they needed to sell their product. To make it different from the common advertisements.  That's how "Pentagon Motion Pictures was established".

"Pentagon motion pictures" has made 30 to 40 commercials till date.Now, they have all the required equipments to give quality to their clients. They have  given their services to clients from different states including Delhi, Himachal Pradesh, Uttarakhand, Pune and Bangalore.

We asked Akber Raza to give some advice for our readers, he said  "The only advice I want to give to my readers is that, 'You are the one who sets your own value' & The most important thing is 'Learn to say NO to people'.

People say when you are doing a startup just do everything for the finances, But i suggest you to not to follow that, This might help you for some time. But it will always turn into a bad decision in terms of future perspective"