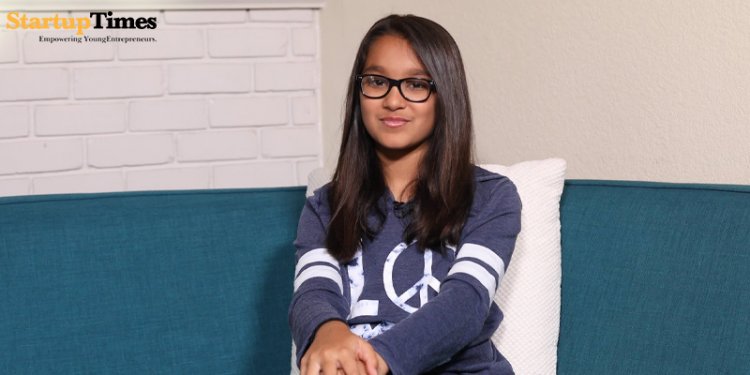 Samaira, of Indian origin and based in California, is already on top of her game at the mere age of 13 years.

CoderBunnyz is a thorough STEM (science, technology, engineering, and mathematics) coding board game that simplifies the concepts of computer programming such as stack, algorithm writing, list, and queue to teach coding to kids.

“CoderBunnyz is touching upon an immensely powerful technology in the modern era- coding, computer science, and AI. The game explains all the concepts used in coding and AI in a really entertaining, interactive, and kinesthetic way,” the young Indian-American said.

CoderBunnyz’s vision is to accelerate on the strong foundation that the team has built and scale the mission across the world.

Samaira has taken Silicon Valley by storm. Having spoken at several tech events in Silicon Valley, she holds the honor of being the youngest speaker at CMG Impact 2016, Women in Tech, WIT 2017, SHE-conomy summit at Microsoft.

She has been a part of more than 100 conferences countrywide and globally at reputed events like MWC’19, C2 Montreal, and conglomerates like Google, Microsoft, Facebook, Intel, SAP, Walmart, and IBM.

She is a Gen Z ambassador for Arm with their program GenArm2Z, works with the United Nations for gender equality, and is a Softbank Masason Scholar.

She has conducted over 500 workshops that spotlight her board game through which she taught over 15,000 kids, including over 50 “Google kids” at Googleplex, Google’s headquarters in Mountain View.

She has featured on platforms like Vogue, CNBC, CNET, Business Insider, Today Show, UN Women, and Washington Post for her innovative creations.

The young entrepreneur has also gotten words of encouragement from former First Lady Michelle Obama, who wrote the girl a letter in 2016 offering her words of support!

She was recognized by TIME as “One of the 8 Young Leaders Shaping the Decade” and a “Real-life Powerpuff girl” by Hulu.

How it all started?

It all started with a prank.

“My father showed me something on his laptop that had one button and command that said: ‘press this if you are beautiful’. He asked me to give it a try, but when the mouse pointer touched the button, it disappeared. I was dumbstruck. I asked how he did that? Am I not beautiful, what is going on here? He said it was done by coding and that is when it struck me, I want to do that too,” she said.

For her, the creation combined two things she liked doing- computer programming and board-games. She started learning coding in 2015 when she was 7 years old and spent a year-and-a-half working on her first game. “I added my favorite animal bunny to it, and I got the name Coderbunnyz,” she said laughingly.

“It was launched in 2017 and it trended on Amazon shortly after. It was very well received in the market, schools, nationally and internationally,” she says.

Samaira has also started another initiative, “Girls U Code”, to teach how to code to underserved girls. The venture is a project started by her and her 7-year-old brother Aadit.

Samaira has been constantly pushing for more children to learn coding through her campaign “Yes, One Billion Kids Can Code”.

Furthermore, she launched “CoderMindz”, her latest game which teaches AI concepts to children. She asserts it is the first game of its kind and has devoted a year working on it.

Recently, she also commemorated an entrepreneurship academy called “Boss Bizz”. She said, “Boss Biz is a business pitch fest, where I, alongside well-renowned entrepreneurs across the world, will share the process of creating a business and becoming an entrepreneur, from the very basics on how to start out and by the end, you will know all the relevant skills to become an entrepreneur.”

Five years from now, she sees herself in high school working on choosing the right college to pursue higher education. She says her dream college is Stanford University.

“The campaign, ‘Yes, One Billion Kids Can Code’ would be making inroads into all major areas and countries in six continents. I am also working on some new proposals currently, for board games and communal good,” she says.

Though very young, Samaira says she has learned to not bother about failure, but to worry about lost opportunities when you do not try!

Country tech startup, Hesa, has raised $2 million as a feature of its...